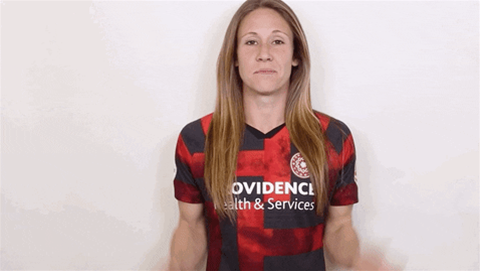 We want to take a moment here to rehash our talking points about Adelaide's young US gun Mallory Weber, who had an incredible youth career and now has to prove why she was so highly touted as a youngster.

We've spoken at length about how Mary Fowler needs a top-drawer striking influence in that Reds dressing room if she's going to become the W-League star we all know she can become this season. Weber has to be that influence.

She's only 24-years-old but she's got a drawer-full of US youth caps and some tough NWSL experience under her belt. She hasn't had it easy at some of the league's top clubs, she's been shipped around and found it hard to build on her prolifacy at college level.

So she becomes the perfect - and in many ways, the only - striker for Fowler to learn off in that team. But she's also going to be a hardy goalthreat herself if she can find her scoring boots.

Only a club with the resources of Melbourne City could manage to fly Lauren Barnes in under the radar by disgusing her beneath the signings of World Cup winner Yakari Kinga and someone called Lydia Williams...

But Barnes deserves a moment in the spotlight because while other teams have splashed the marquee cash on the who's who of NWSL striking talent (we're looking at you, Wanderers) City have re-signed one of the premier defenders in the competition.

Barnes was key to Melbourne's resurgence towards the end of last season and given her experience and influence over the squad, you know that she's not going to accept another near-miss come W-League finals time.

Barnes was also one of the key reasons why a club that couldn't buy a goal last season ended up finishing above Adelaide United, a club that had the second highest goalscorer.

There's a lot to be said about Barnes that we don't have room for here, but suffice to say, she'll do her talking on the pitch this season.