South African Lizelle Lee has completed an unbeaten century to help the Melbourne Stars to a win over Sydney Sixers.

Not many pundits had given the Stars the chance coming up against the competition favourites, who are also chasing their third consecutive WBBL title.

The Stars were chasing a target of 166 set by World T20 champion teammates Ellyse Perry (58) and Alyssa Healy (78).

However, Lee never left the crease despite facing the first ball of the Stars innings.

She made 102 runs off 56 balls to lead the Stars to a seven-wicket win over the defending champions.

What a way to bring up your first WBBL century! pic.twitter.com/04LSAYhr8S

Not only was it the equal fourth-highest score in WBBL history but the highest by a Stars player.

"There's nothing wrong with being the underdogs," Lee told media after the match. 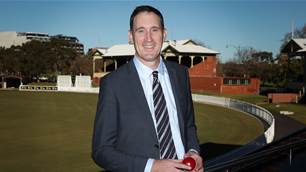