The 2022 Women's Cricket World Cup starts this week, with Australia's first match occurring on Saturday, March 5, 2022.  The Australian Women open their title run with a match against defending champions England.

The 2022 Summer Cricket season continues for the Australian Women with the 2022 ICC Women's Cricket World Cup commencing on Saturday for Australia.  They will meet England first whom they beat in the Ashes earlier last month.

This year's competition is being held entirely in New Zealand, with the opening match having occurred on Match 4.  The final is schedule for April 3, 2022.

For their title run Australia have brought fifteen women across the Tasman:

It all gets underway on March 5! #CWC22 pic.twitter.com/AuCP7OAqNK

Two additional members, Heather Graham and Georgia Redmayne are also with the squad as reserve players.  Hannah Darlington was originally named as a reserve but was replaced by Graham after she withdrew from the squad.

Ashleigh Garner was unavailable and will continue to be in the second match after having tested positive for Covid-19 earlier this week.

Like all other nations competing, the Australian women will play seven rounds facing every other country in the competition: Bangladesh, England, India, New Zealand, Pakistan, South Africa and the West Indies. Their schedule is as follows:

We've landed in New Zealand and the countdown to the @cricketworldcup is on!

Aussie fans, watch all the action on @FoxCricket or for free on @kayosports 🙌 #CWC22 pic.twitter.com/tziATo5MBG

The top four teams after the rounds will progress to a two stage knockout stage.  While Australia made it to the knock-out round last competition, they were eliminated in the semi-finals by India.

England are the defending champions, having won the competition on four occasions.  Australia last won the ODI World Cup in 2013, their sixth time hoisting the trophy.  The only other nation to have won it is New Zealand in 2000. 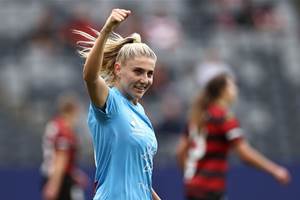 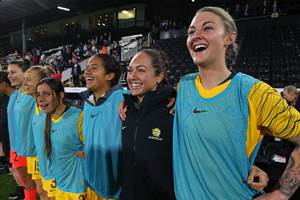 Lavelle double in US rout of New Zealand