The Women's Big Bash League returns on Thursday, October 14 for its seventh season. The league's teams have all come forward and released their squads.

The Women's Big Bash League returns tomorrow for its seventh season's opener.  It will kick off with Ellyse Perry and Alyssa Healy's Sydney Sixers facing Meg Lanning's Melbourne Stars.  The game, and the beginning of the seventh season, will take place in Tasmania.

Like last year's competition, COVID-19 restrictions have required the league to start their season in a hub.  This year the first twenty four games of the season will be held in Hobart and Launceston in Tasmania.

The league will then shift to South Australia, Western Australia and Queensland for the remainder of the season. No games are scheduled in Victoria or New South Wales.  Both states may be able to host finals should current restrictions change.

The full WBBL|07 schedule for the competition is as follows:

We've got an updated fixture for you! 🎉

Can't wait to visit our fans in Adelaide, Perth and Mackay after our stint in Tassie #WBBL07 pic.twitter.com/pwQjR1e5Zq

On top of finalizing the schedule, the WBBL team's rosters have also been locked in.  They are as follows:

The #WBBL07 squads are locked and loaded!

Let's take a look at them, starting with the @StrikersWBBL âš¡ pic.twitter.com/12fAfE88aX

The @HeatBBL have had a lot of success in the past!

Thoughts on how they're shaping up? #WBBL07 pic.twitter.com/SQGGLyw1KX

They're hosting the first chunk of the season and the @HurricanesBBL have a VERY impressive looking squad #WBBL07 pic.twitter.com/b5p4rn19UK

There's a lot of class in this team!

How do we reckon the @RenegadesWBBL will go? #WBBL07 pic.twitter.com/vt7DkBwfhg

The @StarsBBL had a blinder last year!

Can they back up their form in #WBBL07? pic.twitter.com/oUFRQ8Rlhd

Who's excited to see them play?! #WBBL07 pic.twitter.com/2nWBuMAVhK

Note: The Sixers have announced that Erin Burns will miss the WBBL opening rounds for personal reasons.

Thoughts on how the @SixersBBL are gonna go? #WBBL07 pic.twitter.com/gzr0jPG14N

Note: Captain Rachael Haynes will not be part of the squad after deciding to put family first after the birth of her son. 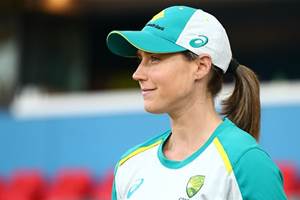 The full WBBL|07 television schedule can be found using the following link.