Round two of the AFLW continues this weekend, with six matches scheduled to go ahead and one postponement.

The AFLW second round's schedule underwent a number of changes ahead of this weekend's play.  Both Brisbane and Western Bulldogs are dealing with injuries and are unable to field a team.  Their opponents Carlton and Geelong will now face each other at GMHBA stadium on Saturday.  The remainder of the AFLW schedule is listed below.

More AFL stories can be found on The Women's Game.

Round 1 kicked off withRichmond Tigers claiming a win over St. Kilda.  However, it was last year's runners up Adelaide Crows who currently claim the top spot on the AFLW ladder, after their win over last year's winners Brisbane Lions.

The first Round marked a milestone for the women's competition, with the AFLW surpassing its one millionth live supporters since its inaugural match in 2017.  In total, 1,007,481 Australians have attended matches since the first season.

The support also extended to television audiences, with 954,000 Australians watching the seven matches last weekend. This was an increase from 2021's numbers.

The full ladder after Round One was as follows:

Last year's Grand Finalists finish Round One at opposite ends of the ladder 🪜: https://t.co/m16VIsMCOZ#AFLW pic.twitter.com/5ouW0aEgpd

While the opening weekend of the AFLW resulted in exciting play, there also were a number of important injuries within a number of sides. The most serious affected Bulldogs' Isabel Huntington, Lions's Kate Lutkins, and Collingwood's Bri Davey who have all suffered ACL tears. Huntington's teammate Kirsten McLeod also suffered a season ending injury, after having been diagnosed with concussion.

The injury toll has resulted in both Brisbane and Western Bulldogs being impacted by the competition's health and safety rules, with their respective games being cancelled and two new matchups, one between their Round 2 opponents and a postponed match between them being created.

The full Round 2 schedule is as follows:

ICYMI | There have been a couple of fixture changes ahead of Round Two, but we've got you covered, including what the weather is doing, all thanks to @LaRochePosayAU 🌞#AFLW pic.twitter.com/esdGB6YzYe 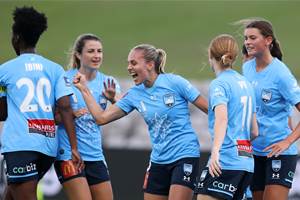 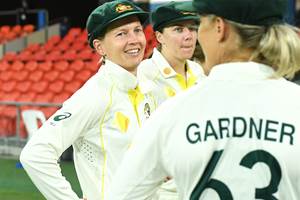 More information on the AFLW can be found on their website.