The Australian had joined the club ahead of their 2021-22 season, after departing FA Women's Super League side Bristol City when they were relegated at the end of last season.  While Mastrantonio first expressed her excitement of joining the European club, Lazio women's season has been nothing short of a disaster so far this year.

In the club's eleven Seria A games this campaign, they have won a single match and have conceded 36 goals.  The head coach who recruited Mastrantonio, Carolina Morace, was dismissed in early October due to the side's poor form.

The change of coach and squad members did not alter performance, with the losses continuing until Lazio's first win of the season in early December. The club itself had only recently been promoted to the Serie A at the end of last season, and has been reported to have off field concerns dating back several months.

Speaking of her decision to terminate her contract with Optus Sport, Mastrantonio said:

“Unfortunately, after the dismissal of Carolina Morace, the club on and off field no longer matched my standards and values.

"It wasn’t the ideal environment for me, so I’ve had to move on and search for new opportunities.

"The other unfortunate aspect is that these situations are still quite common with certain clubs in women’s football.

"If you ask the average female footballer how many times they have experienced these things, it’s very common.

"So that’s the gap we still need to bridge in women’s football, ensuring all clubs adhere to certain standards and provide good environments, especially for players coming from overseas to have a happy and healthy environment.

“Sadly Lazio didn’t, and as a professional and a person, the club didn’t match my values and standards.”

Unlike her former teammate Isabella Foletta, who returned to the A-League earlier this month signing with Brisbane Roar, the A-League Women's transfer window is now closed, making the same path improbable for Mastrantonio.

The Matilda has stated that her immediate goal is to remain in Europe.  Despite the poor form of her team, Mastrantonio had received plaudits for her Lazio performances.  She is reported to have interest from other Seria A sides.

Her former Melbourne Victory coach from 2014 Joe Montemurro is currently head coach of one of Lazio's biggest Seria A opponents, Juventus.  Any connection between the two at this point would be purely speculative though.

Mastrantonio explained to Optus her reasoning behind deciding to try to remain in Europe, instead of coming home:

“I just want to try become the best person and player I can be and hopefully I’ll be playing on home soil for the Matildas at the World Cup.

“My options remain open for now, but Europe is my priority. I’m just taking it day by day.

“It’s always been my goal to come and play in Europe. And here I feel I’m in the best place to put my best foot forward.

"Europe is really the place to be and that’s why I’ve always wanted to push myself, get overseas and continue to push for as much recognition on the national team"

Mastrantonio was last called into the Matildas camp at the beginning of this year, making an appearance in the game against the Netherlands in April. 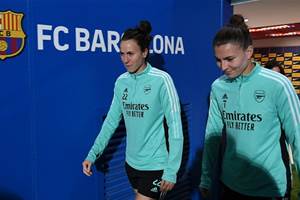 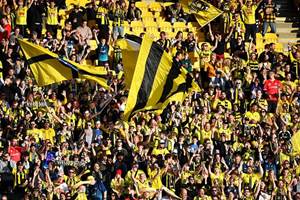 Phoenix hopes for January return home dashed for A-League side

More information about the Matildas can be found on their website.