Wellington Phoenix had started their season away in Australia for the second consecutive men's A-League campaign.  The club had hoped to see their men's side return to New Zealand in late January and a women's home game possibly in February, amid previous expectations that border restrictions would be lifted.  A delay to the lifting of those restrictions has dashed those hopes.

Covid-19 Response Minister Chris Hipkins announced on Tuesday that the lifting of New Zealand's border restrictions, which were originally meant to gradually start easing on January 17, would be delayed until the end of February.

The minister went on to add that the delay “will increase New Zealand’s overall protection and slow omicron’s eventual spread.”

Wellington Phoenix were hoping to play four consecutive men's home games in New Zealand starting with their match against Melbourne Victory on January 29.  The club had stated they were also keen to have the Phoenix women play two home matches in front of Kiwi fans, including one in February.

The recent delay have effectively eliminated the possibility of those matches being played at home.   This is something that Phoenix men's head coach Ufuk Talay had expected.  Speaking just prior to the Ministers announcement, Talay said:

“Everyone is hoping that we do come back, but I honestly can’t see that happening at all with the way things are going.

“But that’s not in my control. It’s not in our control.

"I know the group would love to be back home and playing at home in front of our own fans, but at this stage I can’t see that happening.”

The head coach also stated: "The whole season will be an away game for us and I think the boys understand that,”

Wellington men still have the possibility of five home matches in March and April, should border restrictions and the A-League Men's schedule not undergo further changes.

The border announcement change will not affect Wellington's women's side as much, with the squad having previously planned to play most home games in Wollongong for their first season as a measure to reduce travel costs.

There is still hope for home fans who may want to see their new A-League Women's franchise though.  Should the border restriction not change again, there may still be a possibility for Phoenix women's last game of the year, scheduled for March 6, 2022, to be played at home.

The match is against Perth Glory and would require a lot of travelling on the part of the visitors whose Round 5 postponed game was rescheduled to March 2, 2022 at home in Western Australia.

When the confirmation of the venues will be announced by the Australian Professional Leagues after this recent announcement will be seen.  APL stated early last week that a revised Perth Glory schedule would be out in the mid-week after WA announced the prolongation of their border restrictions.  So far only the A-League women's side has had a confirmation of new dates and venues.

In the interim it is expected that both Phoenix A-League squads will keep playing their home matches in New South Wales. The women are currently based in Wollongong while the men are in Sydney. 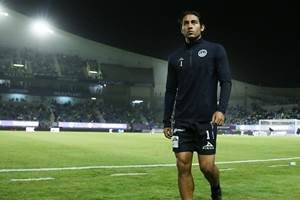 Wellington Phoenix have officially announced the completion of a loan deal with Liga MX player Gael Sandoval. The acquisition of the attacker came after he received advice from the A-League club's former captain. 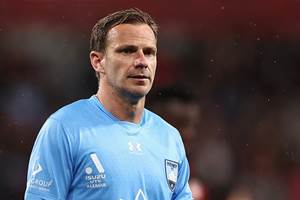 'Its a nightmare' PFA president attacks quarantining of A-League team

Alex Wilkinson, the president of Professional Footballers Australia, has heavily criticized the 14-day quarantine of the A-League's Perth Glory squad expected to last through Christmas.