“It’s a hard one to answer, I guess it’s an exceptional culture,” he says.

“The expectation is, if you’re a part of this club, you’re a full part. The girls are included in game day rosters, they’re expected to pull their weight, sell raffle tickets, prizes – it has a positive effect on how tight-knit the club is.

“They see each other more outside of training than they do there, the culture that’s being built has been massive – we’re one of the most integrated clubs in the league, with men and women part of the same team.

“People come along and they expect high quality coaching and training – which we can give – but they don’t expect the culture. That’s what makes us such an attractive proposition.”

For White it’s a much easier question. While Nay has set the standards, White has been on the firing line, drilling the ethos into her teammates from the coalface. She’s the one who puts in the hard yards, but also gets to reap the sweetest rewards.

“It’s an easy one for me,” she laughs, unaware of her coaches’ deliberation moments earlier.

“It’s born out of experience and camaraderie, a sisterhood we call the Rebelettes. They’re all my best mates: we don’t just hang out three times a week at training and work off our backsides, we hang out on the weekends and have a few cheeky beers here and there.

“We’ve got a unique bunch of individuals with our eyes on the prize. As corny as that sounds, it’s true, we rally together no matter what happens in our personal lives and we treat it as professionally as we can.”

But in February this year, the Rebelettes became more than just a tale of domestic success, in the vain but future hope of professional careers.

After sleepless nights wondering if they’d ever field a team, the back-breaking effort in trying to reach the highest levels, the days and nights spent fundraising, selling tickets, manning the door at trivia nights and scrounging for dollars and cents among their families – they earned the chance to take the Rebelettes “on tour”. 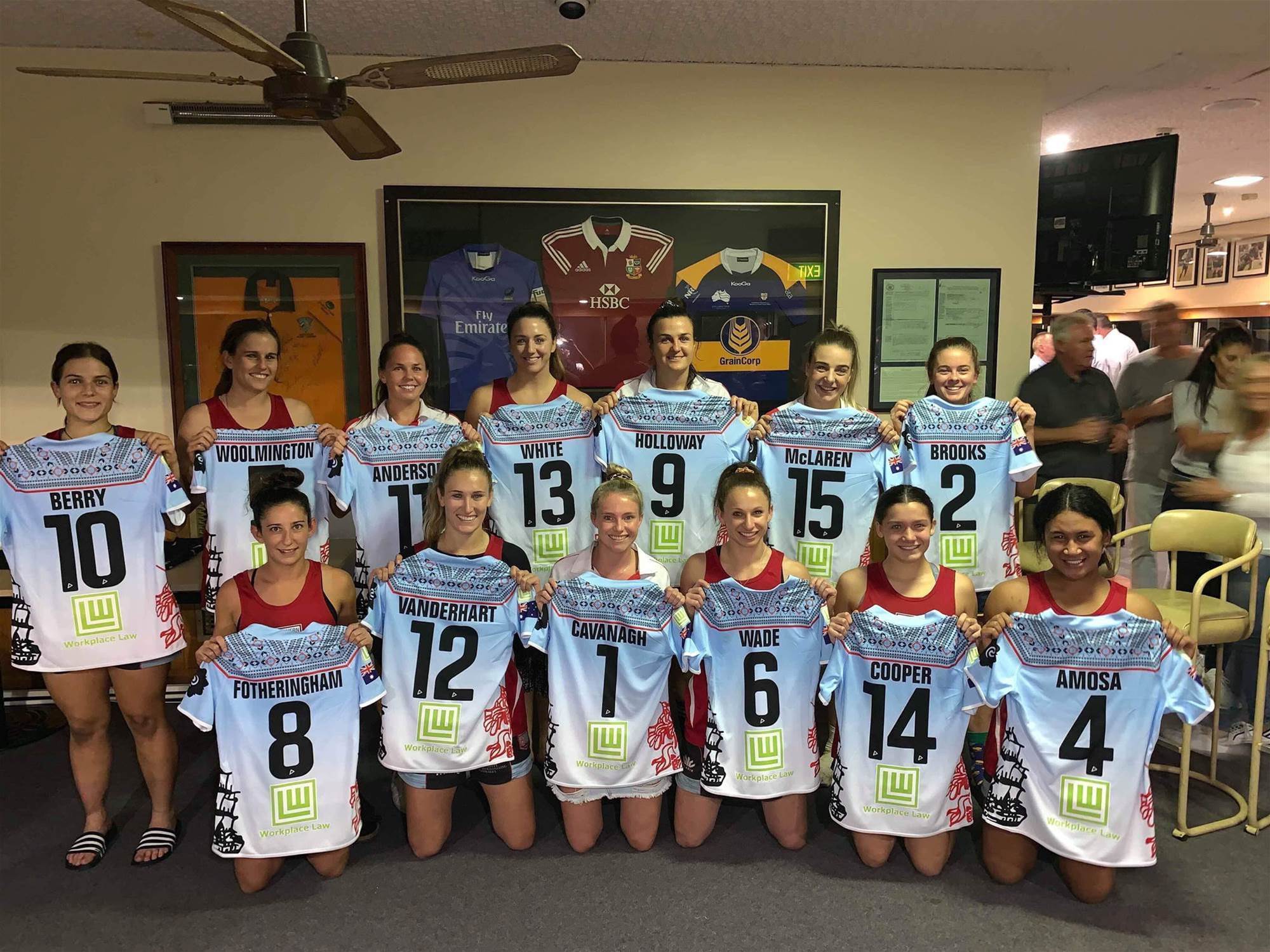 One of the world’s premier club competitions is the Borneo Women’s Sevens, a major event for the tens of thousands of rapturous fans on the heavily segmented and remote island of Borneo - shared between Indonesia, Malaysia and the Kingdom of Bhutan.

While Sylvania Waters is known largely in the Sutherland region for its man-made lakes, stately shopping village and groundbreaking 90s reality TV series, Borneo is one of the oldest, untouched, and most unique places on earth.

It took the squad of 25 women and girls over eight months to raise the $20,000 required to enter the tournament, with a large chunk courtesy of their law-firm sponsor, Workplace Law.

Even as buoyant as they were from the runaway success of their debut season, it was a near-impossible challenge for the still-amateur side.

In the humid, temperate climate, the Rebelettes would be facing the best clubs and players in the world, fully contracted professionals, Olympians and world-champions. But as White explains, and the world now knows, you just can’t beat a close group of mates from the Shire.

“To sum it up in a word? Unbelievable,” White says, for the first time a little short of description.

“A few months prior, we were a team that, honestly, were struggling. So when we finally got it together, we wanted to take the Rebelettes international.

“When we were doing our preparation, we were more focused than we had ever been and when we finally left, we had an amazing uniform with a Bornean rose. We felt integrated with the culture of Borneo.

“It was a symbol of our respect for the country, but also of the club’s respect for us - it was completely around us with fundraising. It felt like we were truly part of the club, rather than just an add-on.”

Against the odds, a determined Rebelettes outfit would make the tournament final, beating the world’s number one-ranked Japanese professional side along the way, before falling at the final hurdle.