Dalton joins the storied southern Italian club after a highly successful W-League spell, becoming the 14th Matilda to make the switch this season.

Dalton will head to Naples on July 17 to join the club for pre-season before their first season in the Italian Serie A Feminnile. 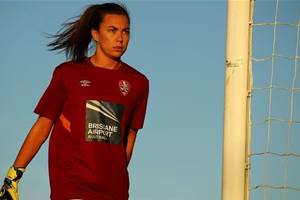 Yet another Matilda lands England move "This feels like the challenge I was looking for." Although yet to be fully confirmed, Icelandic reports have listed Melbourne Victory's W-League star with a move to Icelandic champions KR Reykjavik.