"It is an honour to have been given the opportunity to join FC Fleury 91," she said.

"I am equally happy to join the french championship which has an excellent reputation. I am extremely demanding of myself and I hope that this will help the team to accomplish its objectives. I love to win and to be competitive, my ambition is to finish in the top 5."

Another Matilda seals French move: 'It's an honour'

Emma Checker will be headed to France this fall to play in the upcoming 2020-21 Division 1 Arkema season.

KK jetted off to Sweden where she was recently injured in her club debut, however the seriousness is currently unknown. 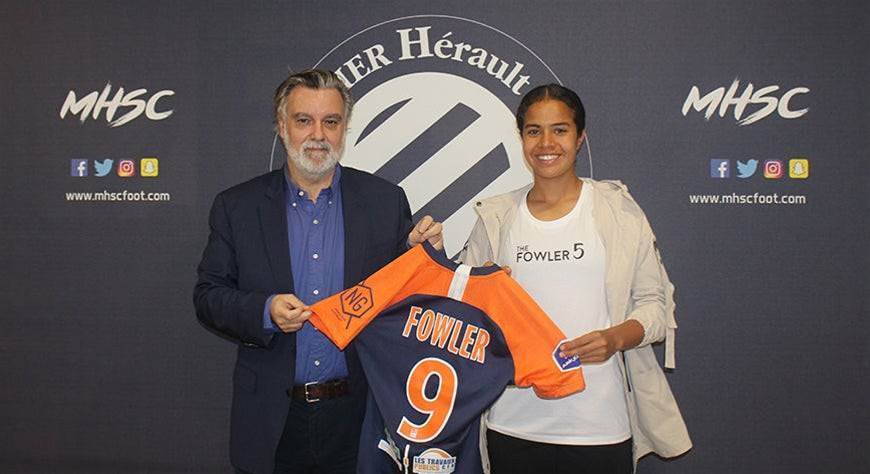 Amy Harrison was one of the first Australians to seal a move to continental Europe and hopes her switch to PSV Eindhoven will help her break back into the Matildas.

"I guess it's a little strange at the moment being so excited. However, when that green light does come, and I can get there, it's just exciting thinking about it all." Amy Harrison is the latest Australian to seal a move to Europe and hopes her switch to PSV Eindhoven will help her break back into the Matildas. One of the highest-profile signings of the Matildas flood into England, after Chelsea snapped up Sam Kerr, Foord quickly followed suit to Arsenal.

She played a key role in their late-season surge and narrowly lost to Kerr's Chelsea in the 2020 Continental Cup final before Arsenal were ruled out of the WSL title on a weighted points-decision due to COVID19.