The Asian Football Confederation could have a new women's champions when China PR meet Korea Republic in the 2022 Women's Asian Cup final.

The 2022 AFC Women's Asian Cup final is taking place on Sunday, February 6, 2022 with China PR taking on Korea Republic.  While the Chinese are the tournament's most successful nation, this is a maiden finals appearance for the Korean women.

The AFC Women's Asian Cup India 2022 final could crown a new Asian Cup women's champion.  It could also extend China PR's dominance in this tournament and crown them Asian champions for the ninth time.

Meeting in Mumbai's D.Y. Patil Stadium, the Chinese will be led by five-time champion, head coach Shui Qingxia.  Shui will be hoping her experience can overcome Colin Bell's side, Korea Republic.

It will be a tough match for the Koreans.  They have not bested their Chinese opponents in their last seven fixtures.  However, Bell does not seem to be bothered by this statistic:

“I don’t see us not having a win against China PR a problem," said Bell to the AFC's website ahead of the game.

"Maybe it is a problem for China PR but it is time now for us to put an end to that (winless streak) and we are ready to put this behind us.

"We don’t want to think about these figures, if we did we wouldn’t be here.

“The team was in a different place in 2020 (Olympic Qualifiers), we had very few matches and it was difficult for the team to get games going.
"Despite losing to China PR on aggregate, we took in our stride and persevered.
“We have improved so much as a team since last year.
"We have some really good players in our squad but I don’t have to teach Ji So-yun how to play, the aim here is to increase the endurance, fitness and confidence of these players.”
Shui for her part was forthright when speaking of China PR's finals opponents:
“Korea Republic is a strong opponent and an outstanding team in Asia.
"They have made plenty of improvements in their game over the years and have some outstanding players.
“I played in plenty of matches as a player. All I can say is that the players should all have the self belief and confidence to play in the final. They should just perform at their best.
“Facing Korea Republic will be difficult. We have had just a short time to prepare and make adjustments, not just on the game but mentally as well.
“There is no point thinking about past records against Korea Republic.
"In a final, there will be many different scenarios played out and we will have to be prepared.
"Perseverance equals success and maybe, there might be some unforeseeable circumstances but we will be prepared.
The game will be played at 22:00 AEDT.  Broadcast information is listed below.

With a win each and three points apiece, the last automatic qualification position will be determined during a showdown between Vietnam and Chinese Taipei on Sunday, February 6, 2022.

Chinese Taipei have previously taken part in a World Cup, having participated once in the 1991 FIFA Women's World Cup.  A win by Vietnam though would mark their inaugural appearance at football's top competition. 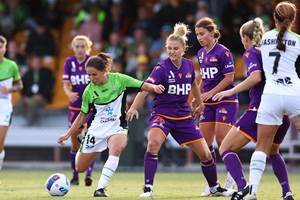 Canberra United have scored two late goals to earn a 3-3 home draw against Perth and dent the Glory's chances of making the A-League Women finals. 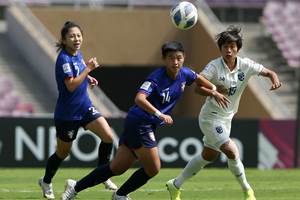