The 2022 AFC Women's Asian Cup is underway in India.  This year's competition determines not only Asia's best women's team, but also which Asian teams will qualify for the 2023 FIFA Women's World Cup.  The final automatic spot will be determined this Sunday.

This meant that the four semi-finalists of this year's Women's Asian Cup, Japan, China, Korea Republic and the Philippines, have already booked their ticket for 2023 Australia and New Zealand.

With a win each and three points apiece, the last automatic qualification position will be determined during a showdown between Vietnam and Chinese Taipei on Sunday, February 6, 2022.

Chinese Taipei have previously taken part in a World Cup, having participated once in the 1991 FIFA Women's World Cup.  A win by Vietnam though would mark their inaugural appearance at football's top competition.

This does not mean it is the end of the road for tomorrow's loser. They and the Thais can still qualify for the 2023 FIFA Women's World Cup through an inter-continental playoff taking place next year. 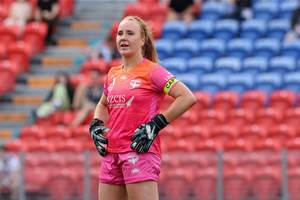 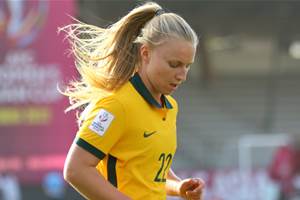 In the wake of making her Matildas debut at the Asian Cup, Holly McNamara could return to Melbourne City's A-League Women team against Western Sydney.

Huang emerges from the rain as Women's Amateur Asia-Pacific champion