In a thrilling final, China PR came back from behind to beat Korea Republic and win the 2022 AFC Women's Asian Cup in India.  It was a ninth title for the Chinese women who extended their Asian record for Women's Asian Cups.

Korea Republic were making their first ever appearance in an Women's Asian Cup final facing eight time winners China PR.  While the Chinese dominated possession in the first half, Korea out shot them and found the back of the net first.

Korea's Choe Yu-ri was on the receiving end of a flying cross from Lee Geum-Min and made it 1-0  in the 27th minute.  The Korean women then doubled their lead just before the half, with Ji So-yun making it 2-0.

However, as is often said, a 2-0 lead is the worse in football. China PR came out after the half determined to fight back and accomplished this feat.

Tang Jiali scored the first Chinese goal of the evening in the 68th minute, converting a penalty and giving the Steel Roses a lifeline.

Tang then provided an assist for Zhang Linyan, after having passed two Korean defenders, with Linyan's header equalizing things in Mumbai.

The game winner then came in the dying minutes of added-time from Xiao Yuyi.  Receiving the ball inside the Korean eighteen yard box, Yuyi was able to control it and calmly put it pass the Korean goalkeeper Kim Jung-mi.

Minutes to win it 🏆

Things would end 3-2, with the Chinese women taking Asia's top women's prize.  China's Captain Wang Shanshan was named the Most Valuable Player for her leadership and five goal contribution during the tournament.

While Australia's exit at the Quarter-Finals was their worst performance ever, the Matildas did get one record with Sam Kerr taking home the tournament"s top scorer.  Kerr found the back of the net on seven occasions in India.

Speaking after the game China PR head coach Shui Quingxia, who is a five time winner herself, did not hide the importance of this win for Chinese football.

“This is the most critical moment for China PR women’s football,” said Shui.

“Despite trailing 2-0 my players showed determination to fight back. I like to thank all the players for winning the title but they also won it for themselves.”

Elsewhere, Vietnam beat Chinese Taipei 2-1 to win the round-robin play-off for the last automatic qualification position at the upcoming 2023 FIFA Women's World Cup. This will be their maiden appearance at football's top competition.

They will join fellow automatic qualifiers China PR, Japan, Korea Republic and the Philippines, with the latter nation also qualifying for the first time.

The two losers of the round-robin, Chinese Taipei and Thailand, still stand a chance of qualifying through the intercontinental qualification ending next year. 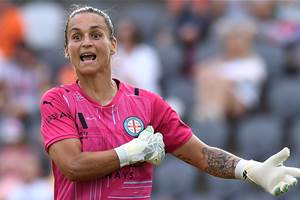 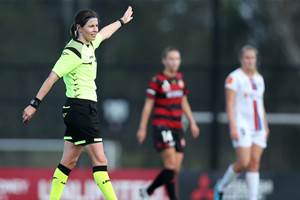