The NSW Waratahs have beaten Queensland 8-5 in a fiercely contested, but mistake-riddled Super W final at Leichhardt Oval.

The dew on the ground from playing after dark may have also contributed to handling errors.

NSW's backline play was moving too lateral, rather than forward and this was easy for Queensland's defence to pick off.

Towards the end of the first half, the Reds women made a break from five metres out, as Cecilia Smith brushed off Crystal Maguire, but to her credit, she tackled Smith with a second effort.

After the break, a sustained build-up saw NSW have majority field position and possession and they finally went over in the 50th minute through a beautiful step from Katrina Barker.

She stepped inside her Queensland opponent and put Hamilton over close to the posts. Hewson converted and the Waratahs women went ahead 8-5.

During the 63rd minute Queensland flanker Millie Boyle was yellow carded for collapsing the scrum, but NSW couldn't quite take advantage, due to an uncharacteristic knock on by hooker Tasmin Sheppard, who had toiled hard all evening.

NSW's Wallaroo prop Emily Robinson and her compatriot in the front row, Sheppard, who had both got through a mountain of work, were replaced with 10 minutes left on the clock.

The Waratahs loose forward trio of Hamilton, Emily Chancellor and Alexandra Sulusi had been busy all night, with Hamilton's backing up, Chancellor's cover defence and Sulusi's bellringers in defence all being highlights of the match.

Former Aussie sevens representative Mahalia Murphy also came to life close to full-time, as she brushed off a few defenders when Reds number 10 Lavinia Gould put a chip over from deep inside her own territory and she shirt fronted Smith in defence when Queensland had the overlap and things could have got interesting.

Queensland were chancing their arm and they had to at the death, as they ran the ball from deep inside their own territory, but an intercept by Stewart put the match to bed, as Hewson put the ball dead from the next phase of play to clinch the title. 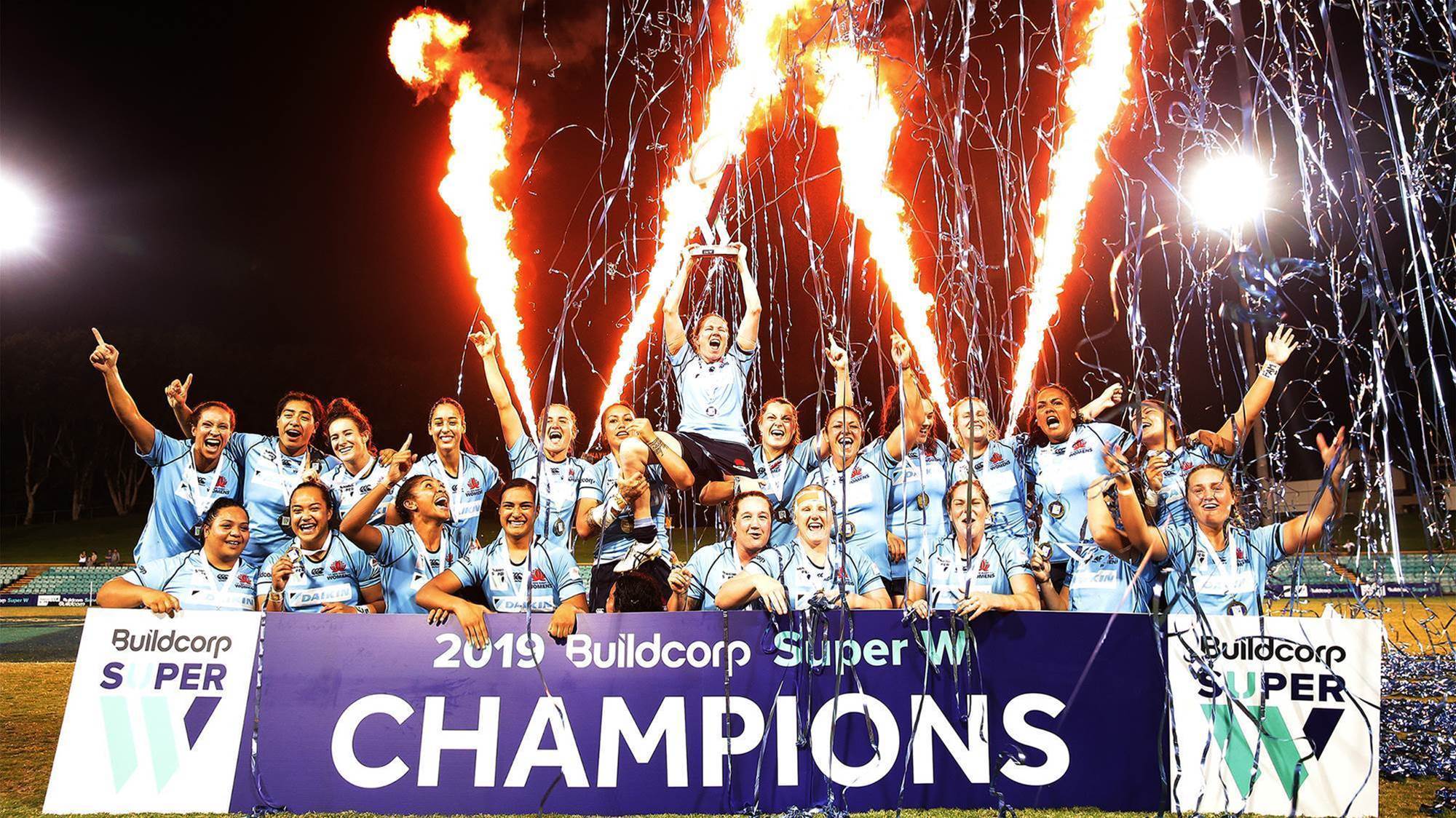 Waratahs have picked up their second Super W title

Hewson was named Player of the Match and she deserved the award after using all of her guile and experience in steering the Waratahs to the title once again.

Hewson was gracious in her victory speech, saying what an "amazing battle it is" between the two states and "the stage we've set is a testament to women's rugby".

She also mentioned how her own team had "worked really hard" for the victory.

"To go through two seasons undefeated is a credit to you and a credit to our team and the love we have for each other," Hewson said.

"I saw in that last five minutes everyone getting up for each other and that's what our team's about."