Entering a five-a-side competition was just going to be a bit of fun for six Australian footballers but it turned out to be an experience of a lifetime.

The national finals in Sydney would see the overall champions represent Australia and score an all-expenses-paid trip to the World Final in Neymar’s hometown of Praia Grande in Brazil.

The Comets went into Sydney with the same mentality they did in Adelaide, just giving it a crack but they did much more than that.

They became the inaugural Australian Champions of the female division. 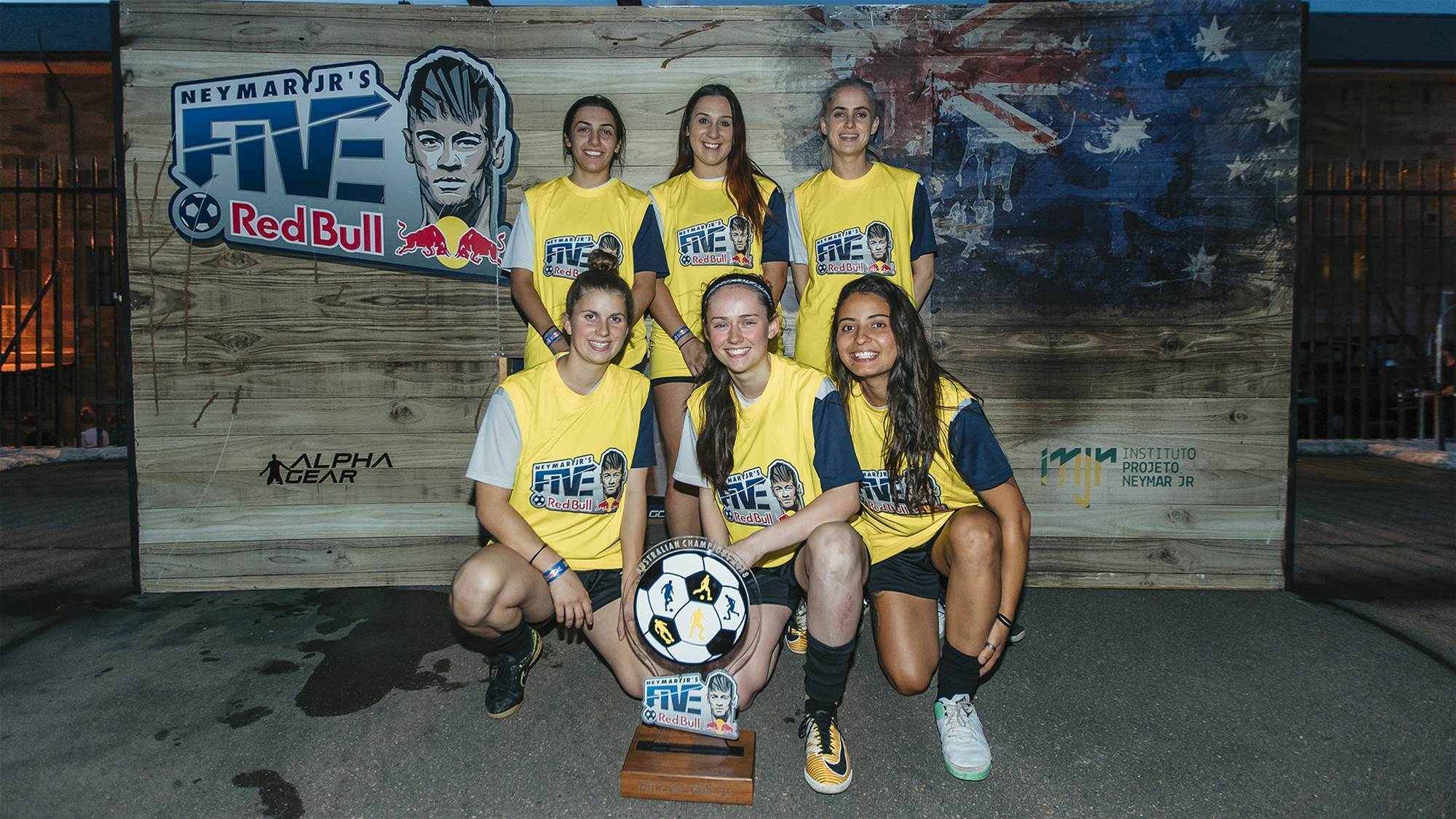 "We were all in shock and both nervous and excited about what was next to come for us. We never thought we could win and get a chance to head to Brazil," Chappel said.

"It was such an amazing experience that Red Bull had given to us and we could not thank them enough."

While the side wanted to win at the World Finals, just like all the other teams there, they also wanted to enjoy the time they had.

So that's what they did.

"We came up with a game plan that worked for us but went into the experience wanting to have fun and make memories that we may not have gotten the chance to do again," Chappel said.

The Comets were unlucky to be pair against two of the strongest teams in the competition with the eventual winner being Resenha 013, who represented Brazil.

This year marks the fourth edition of the competition and will see hundreds of teams from over 60 countries compete. The stage is set at Parramatta Gaol for the qualifiers and Australian National Final which will take place from May 27-31.

If you're thinking of entering Chapple has some words of encouragement.

"Just do it, that’s what we did and look how far we got! We enjoyed every moment of it and loved that we won too," she said.