Australian wicketkeeper Alyssa Healy has got through their first training session in Antigua ahead of their semi-final clash against the West Indies.

After suffering a mild concussion in their last group game loss to India when she collided with teammate Megan Schutt, Healy was put through her paces in the training session.

All eyes are on the 28-year-old as she goes through daily tests to prove she is fit enough to play in the 2016 Grand Final re-match on Thursday (local time).

Positive signs for @SouthernStars keeper Alyssa Healy ahead of the #WT20 semis, undertaking a light training session in Antigua after suffering a mild concussion on Saturday pic.twitter.com/Tb8NAFQG4B

Speaking ahead of their training Australian vice-captain Rachael Haynes believed Healy was a track.

"In terms of the games coming up, your guess is as good as mine.

"Obviously she's got a couple of hurdles she's got to jump over but I've got full confidence in our medical staff.

"We've got some of the best people in the country here with us helping her out, obviously, it's going to be how she progresses through that," she said.

Healy will need to complete a full training session on Wednesday if she is to be considered fully fit.

The training session on Tuesday was the sides only look at Sir Vivian Richards Stadium ahead of their semi-final with no member of the 15-player squad having played in Antigua before.

Australia's semi-final against the West Indies is on Thursday (7am Friday AEDT) with Fox Sports and the Nine Network to broadcast the match. 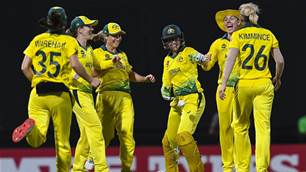 Australia book their spot in the World T20 Final 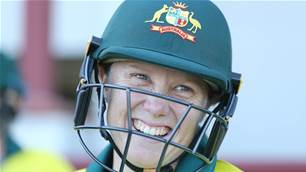