It’s fair to say NPLW club Geelong Galaxy United have had one hell of a roller coaster ride throughout their four-year existence.

From making back to back senior Grand Finals in their first two seasons to nearly going broke and not existing at all, the female only club has experienced it all. Most importantly though, they have shown plenty of resilience.

Late in 2019, the club was delivered a crippling blow when FV withdrew their senior NPLW licence for 2020. For any other club it would have been the last rites.

But not for Galaxy United.

Rather than lament, the club has committed to fighting tooth and nail to give females in Geelong the chance to achieve their potential.

A new committee headed by new President Branko Krstevski have big plans for the future. Whether it will be successful or not only time will tell, but one thing is for sure, just like Caitlin Pickett chasing a seemingly lost ball the club won’t give up.

Galaxy’s newly appointed senior coach Rob Casha admits it has been a challenging time for his club but insists the fighting spirit at Genis Steel Park will hold the club in good stead.

“It’s been quite amazing, considering what happened to the senior side of the club ,its definitely brought the club closer together,” insisted Casha.

“The threat the pathway could go made everyone sit up and ask how they could help, which is a huge positive.

“Everyone seems to be digging their heels in, working hard and rallying behind the badge, the junior players especially. It’s a really good place to be around at the moment, lots of positive energy."

It is fair to say the Geelong region has not embraced a club that many see as a threat or rival rather than a genuine elite pathway for female footballers to achieve their potential.

Some of the criticism has been warranted, however much of it unfair. 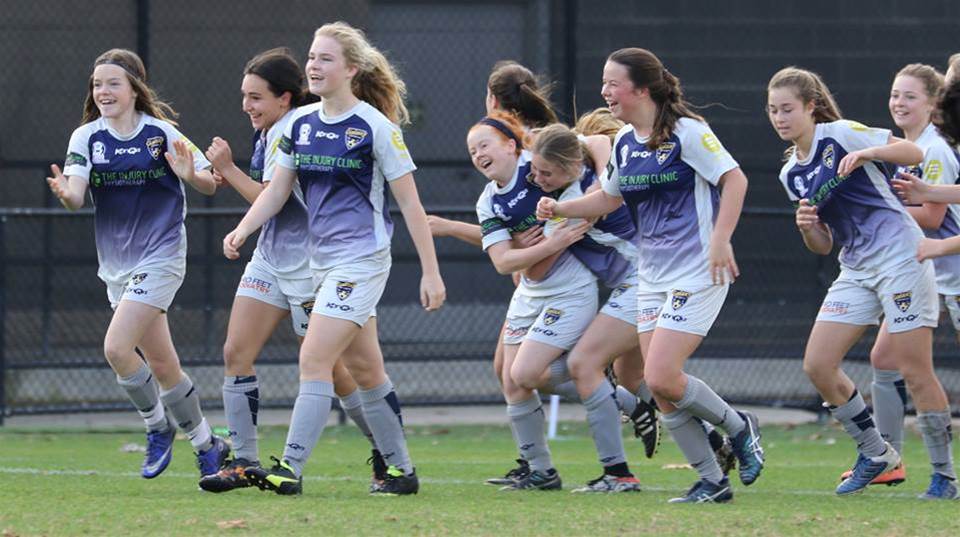 For young girls to get better, they need to play a higher level of football. It’s common sense.

The NPLW system has W-League players and Matildas as well as a legion of foreign stars who play football at a much higher standard.

It’s only logical that senior Geelong footballers will be more likely to achieve their potential if they play in such an environment.

Galaxy goalkeeper Emily Kenshole is an example of someone who has benefitted from this. The former Bell Park junior won herself a W-League contract with Melbourne City two years ago on the back of a stellar 2017 season for Galaxy.