A brace within the first 11 minutes of play was all Canberra in their season opener against Perth.

Frustratingly had to play defense much more than she was on the offense. Moreno had limited chances for Perth and caused a majority of the fouls for her team.

A forward that was barely in the mix for Perth. A small piece as to why Perth stayed off the stat sheet.

Never a good night when your backline sees 15 shots with six of them on frame. Foletta just not able to overpower Canberra off of the ball in this game.

She was able to pressure Canberra some and her handball in the open field did stop a highly potential goal scoring chance for Canberra.

Hardly any chances for her. Jukic’s teammates never really got the ball to her and she had little impact in the game.

She was a substitute at the halfway mark and used to help settle own Perth. The team had a much better second half thanks in part to May’s performance.

Another substitute that did well for Glory, but it was too little too late to get them back in the match.

A second half substitute that was able to slow down Canberra in the second half. 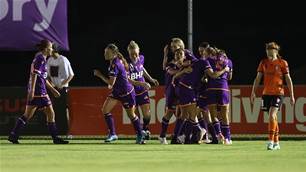