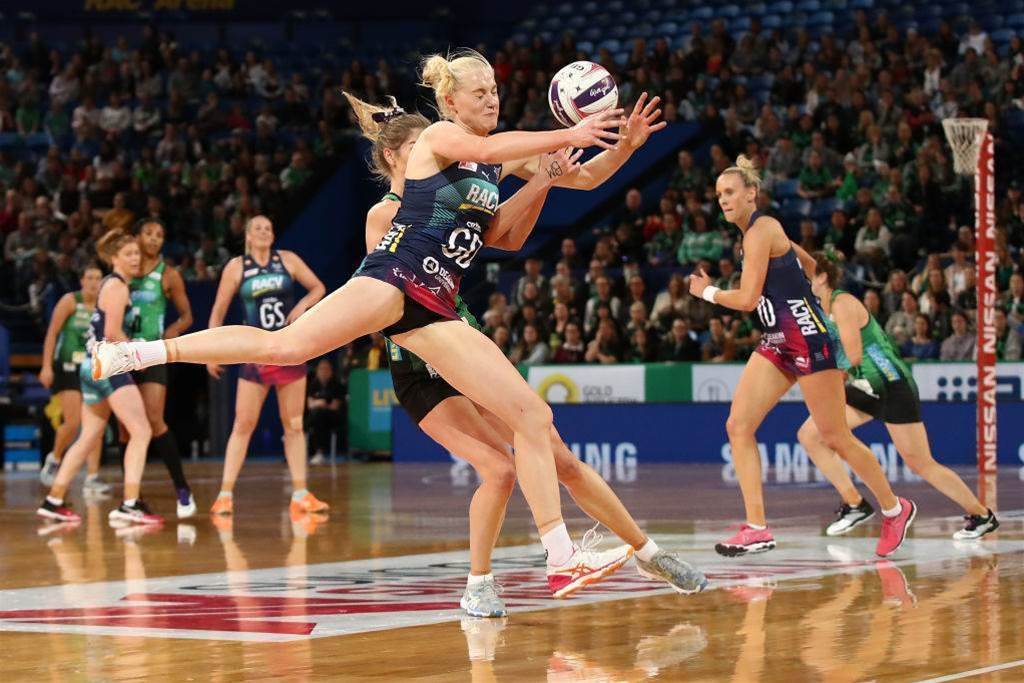 The Vixens have solidified their spot in the top four, after downing the West Coast Fever by 12 points.

Following a first half domination, the Vixens cemented their stocks as a real premiership contender.

Simone McKinnis’ girls looked strong in all areas of the court with high pressured defensive play being a key theme heading into the serious end of the season.

In what was their last chance to keep finals hopes alive, the Fever capitulated under their opponent’s pressure, despite several valiant efforts to stay in the game.

Led by goal keeper and MVP Emily Mannix, the Vixens’ classy defensive line up stifled West Coast’s attacking flow, taking it to the next level every time the Fever tried to push forward.

“We knew that we just had to pick up our defensive pressure all over the court,” Mannix said in her post match interview.

“We are really pushing that top stop, for us we just have to keep working on it and keep getting better week in week out.”

At the other end, Teagan Phillip starred in her milestone match, shooting at 91 percent efficiency, as she became the highest ever capped Vixen.

Despite spirited defensive efforts from Fever captain Courtney Bruce, a seven-goal surge in the final term from the Vixens cemented their win.

After an ACL injury sidelined Mwai Kumwenda for over a year, she made a heart-warming return in the fourth quarter, instigating her side’s final push.

“It’s been a really hard long process for MJ but to come back and I think she had a ball and shot a few goals which was good and we’re really proud of her,” Mannix said on her teammate’s comeback.

The spirited display from the Vixen’s now have them eyeing off a home final, yet they will need to improve their consistency for the full sixty minutes if this is to happen. 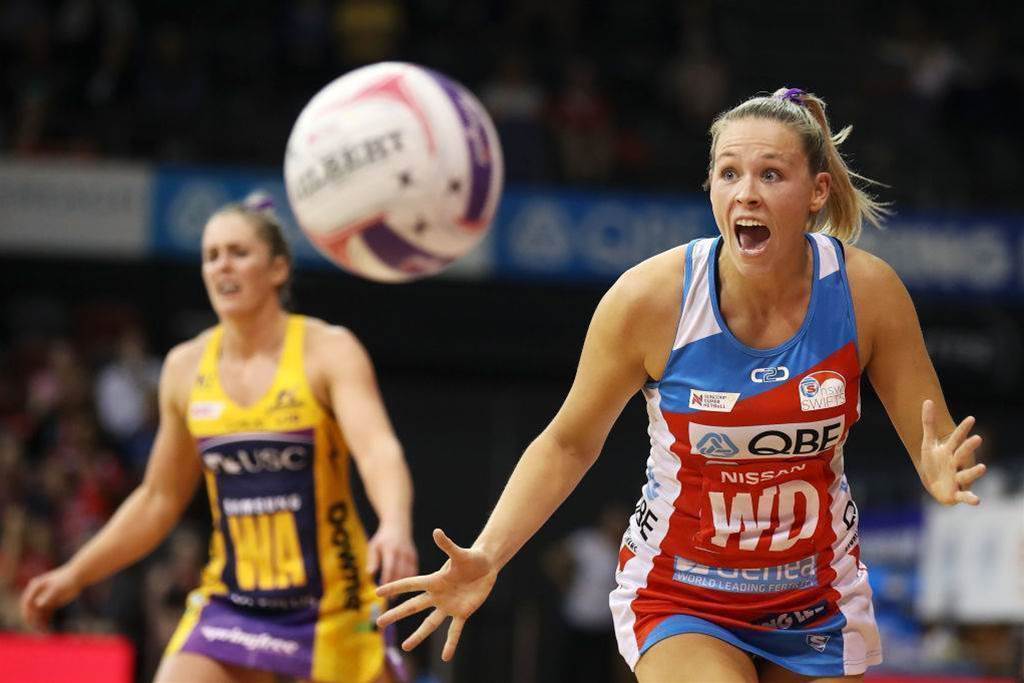 The Sunshine Coast Lightning came away with a two-point win over the New South Wales Swifts in a tight tussle on Saturday night.

The top of the ladder clash was one for the ages, with both sides looking to bolster their chances of a home final.

An injury ravaged Swifts side fought valiantly. Despite missing three of their starting seven players, they looked to be likely winners with a four-point lead heading into the final term.

Yet, a determined display from Lightning goal defence Karla Pretorius, brought her side back into the game with a series of turnovers in the last five minutes of the match.

After a fumbled circle entry from Swifts shooter Samantha Wallace, the Lightning capitalised on the turnover, regaining their lead with just four minutes remaining.

With a last-minute deflection from Swifts star goal keeper, Sarah Klau, her side had one last opportunity to tie up the scores, however a missed shot from Sophie Garbin cemented the Lightning’s lead.

“I’m very proud of how we fought back” Pretorius said post game.

“That is what netball is all about, great finish.”

Despite her accuracy being down, the Lightning’s goal attack Stephanie Wood exposed the Swifts’ defence thanks to her trademark mobility.

On a positive note for New South Wales, prized Silver Fern recruit, Katrina Rore looked at home playing for her new side, a welcome addition with finals looming.

In what was a display of what could be to come in finals, both teams demonstrated why they are the best two Super Netball sides. 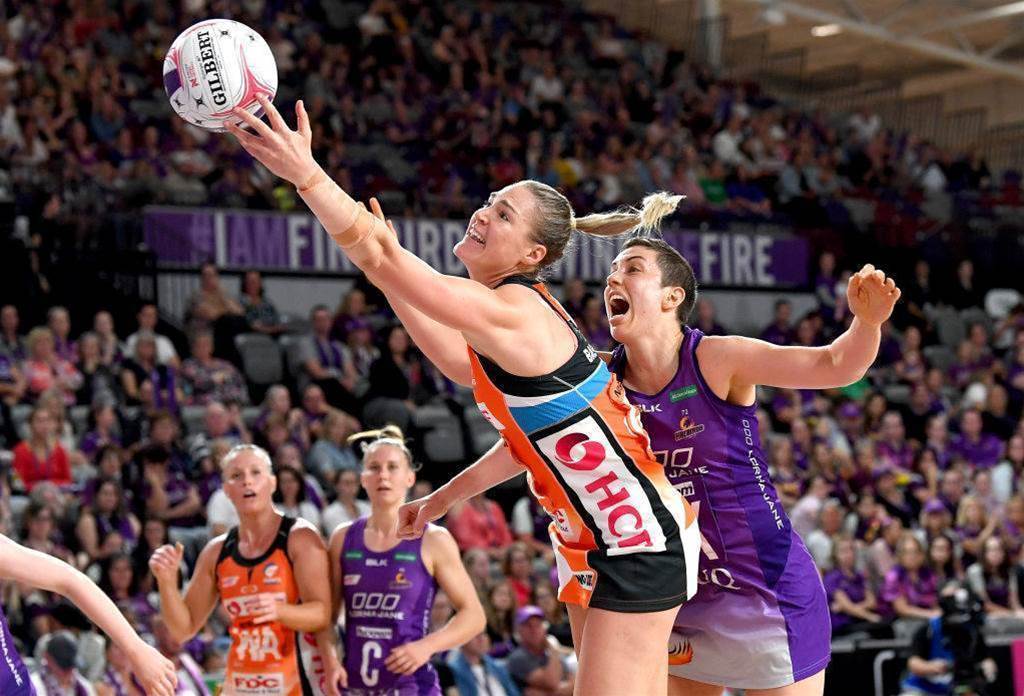 Giants Netball downed the Queensland Firebirds by six-points, in a ruthless physical affair.

With fourth place on the ladder still up for grabs, it was a must-win clash for Julie Fitzgerald’s side.

Whilst the first half saw both sides struggle to find their rhythm, the Giants’ class was evident with a mammoth third quarter, providing them with an eight-point lead going into the final term.

Both sides were brutal in their contest, making for some undisciplined play.

It began with a careless knock from Kristiana Manu'a to Gretel Tippett’s face, leading to a suspected broken nose.

Several nervous moments for both sides followed, with bruising body-on-body contests triggering some near injuries.

Such a dominant third quarter from the Giants set up their victory, yet a series of penalties in the final term kept the Firebirds in the game.

Whilst Roselee Jencke’s girls never stopped fighting, it was too little too late by the final quarter.

Giants’ goal attack Jo Harten was dynamic for her side, shooting 33 out of 39 attempts, while also moving prolifically, exposing her defenders.

However, she was aware that her team needed to improve their composure against the second placed Lightning next week.

“I think we have to up our game,” Harten admitted post game.

“They don’t give up,

“We expect a tough match next weekend.”

With two bonus points coupled with four match points, the Giants continue to cling to the last finals spot on the ladder. 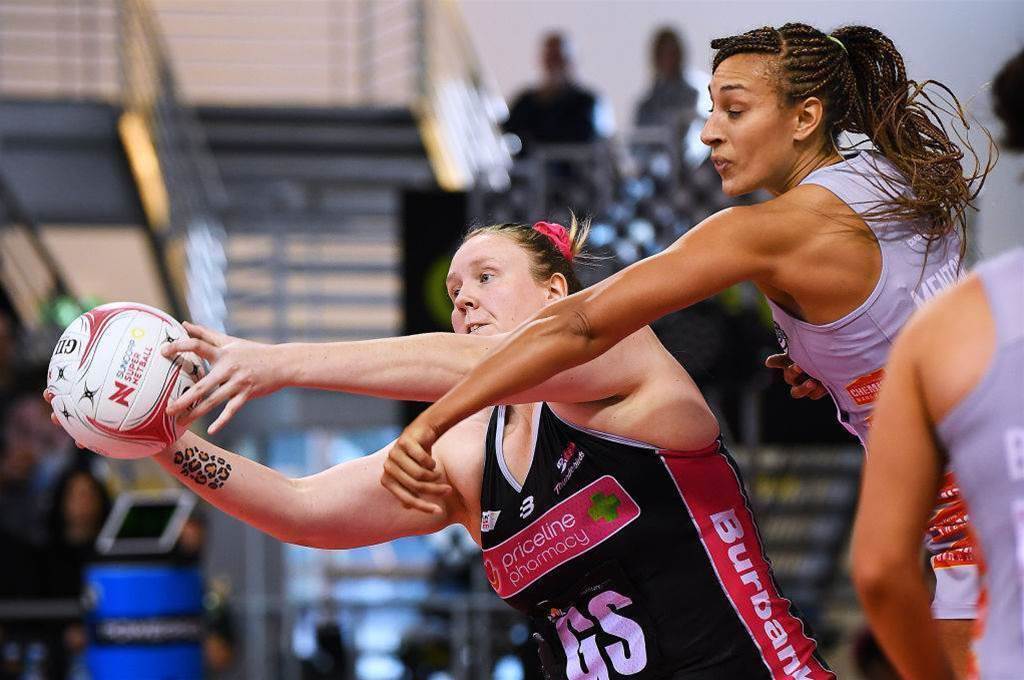 In the battle of the birds, the Collingwood Magpies and the Adelaide Thunderbirds have drawn 46-all in the final clash of round 11.

The high-pressured match became excruciatingly close in the final minutes, with both sides frantically trying to produce scoring opportunities.

An inspirational intercept from Collingwood’s Ashley Brazil briefly looked as though she’d manufactured a win for her side, however a held ball penalty in the Thunderbird’s favour gave them another chance.

The final centre pass going the way of the Magpies appeared to be an imminent opportunity to ice the game, yet a shocking last second miss from shooter Shimona Nelson meant the scores remained tied up.

Whist the match was marred with scrappy play, both sides fought with intensity early, evident there was much to play for.

However, such a hotly contested game caused both sides to make several errors, compromising their control.

Heading into the half time break, both sides appeared equally frantic in their play, yet it was Thunderbirds who adopted a crisper game style, gaining a four-point lead early in the third term.

Yet, the Magpies crawled their way back, led by the attacking prowess of Nat Medhurst and the defensive pressure of Geva Mentor.

However, the Thunderbird’s Shamera Stirling set the tone for her teammates in goal keeper, orchestrating several key turnovers.

“I think we need to just take care of our own and just play some good netball,” Stirling said post-match.

Whilst it was a must win match for Rob Wright’s Magpies to keep their finals hopes alive, their ability to arduously regain the lead was a positive sign.