Former US Open champion Samantha Stosur has announced that she will finish her singles career at the upcoming Australian Open. Elsewhere, six other Australian women are set to compete while young phenom Emma Raducanu has pulled out of warm up event.

Sam Stosur has announced that the 2022 Australian Open will be her final singles event, one that follows a remarkable singles career.  Stosur is a former Grand Slam winner, having won the US Open in 2011.

Stosur's retirement announcement was made via her Instagram account.  Writing to her followers, the tennis player said:

“I’m so excited and very grateful to play in my 20th AO in a couple of weeks time,” wrote Stosur, who made her Australian Open debut in 2002.

“A huge thank you to Tennis Australia for giving me this opportunity to finish my singles career at my home Grand Slam. It really means a lot to me to be able to finish in front of my family, friends and Aussie fans who have stuck by me through thick and thin.

“I’m sure it’s going to be a mix of emotions but I wouldn’t want it any other way, as I always thought I’d finish playing in Australia.

"I do, however, plan to play the rest of the year in doubles. But this will close the first chapter of my career.”

The Australian does plan to keep playing tennis in doubles.  She is currently ranked 16th overall and is expected to continue playing alongside China's Zhang Shuai.  They have previously won two Grand Slams together, the 2021 US Open and 2019 Australian Open.

Stosur is one of four Australian Women who were given wild card entries for this year's competition.  Storm Sanders, Maddison Inglis and Daria Saville were also included.

Astra Sharma, Ajla Tomljanovic and world number one Ash Barty are also competing in the tournament having been given direct entries.

The Australian Open singles main draw will last from the 17-30 of January, 2022 at Melbourne Park.  Naomi Osaka is the defending champion and will be competing in the tournament.

US Open champion Emma Raducanu is also set to compete, but was forced to withdraw from the Melbourne Summer Set warm up event after a return from isolation after testing positive for COVID-19.  She is expected to play in Sydney the week before the Australian Open. 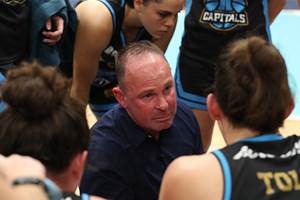 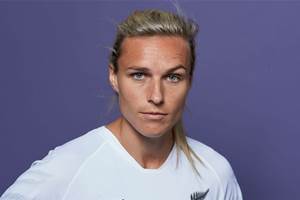 More information on the Australian Open can be found on their website.