For reigning World Champion in Women's Four Lucy Stephan, preparation for World Championships and Olympics has never quite gone to plan but that's never derailed the team's determination to be the best.

But for the 26-year-old it is full steam ahead as Australia is set to defend their Women’s Four next week.

"After you have that feeling of winning you definitely want it again, but for us as the 4- we have just focused on the process and taking each race as it comes. If we focus on going out there and executing the best race we can then that is all we can do," Stephan said.

Preparation hasn't been as smooth as they would've liked it to have been with two seat Rosie Popa discovering a slight fracture in her rib and as a result, the decision was made to bring Kat Werry.

"Looking back on past years I've never had a "perfect" lead into the world championships or my one Olympics," Stephan said. 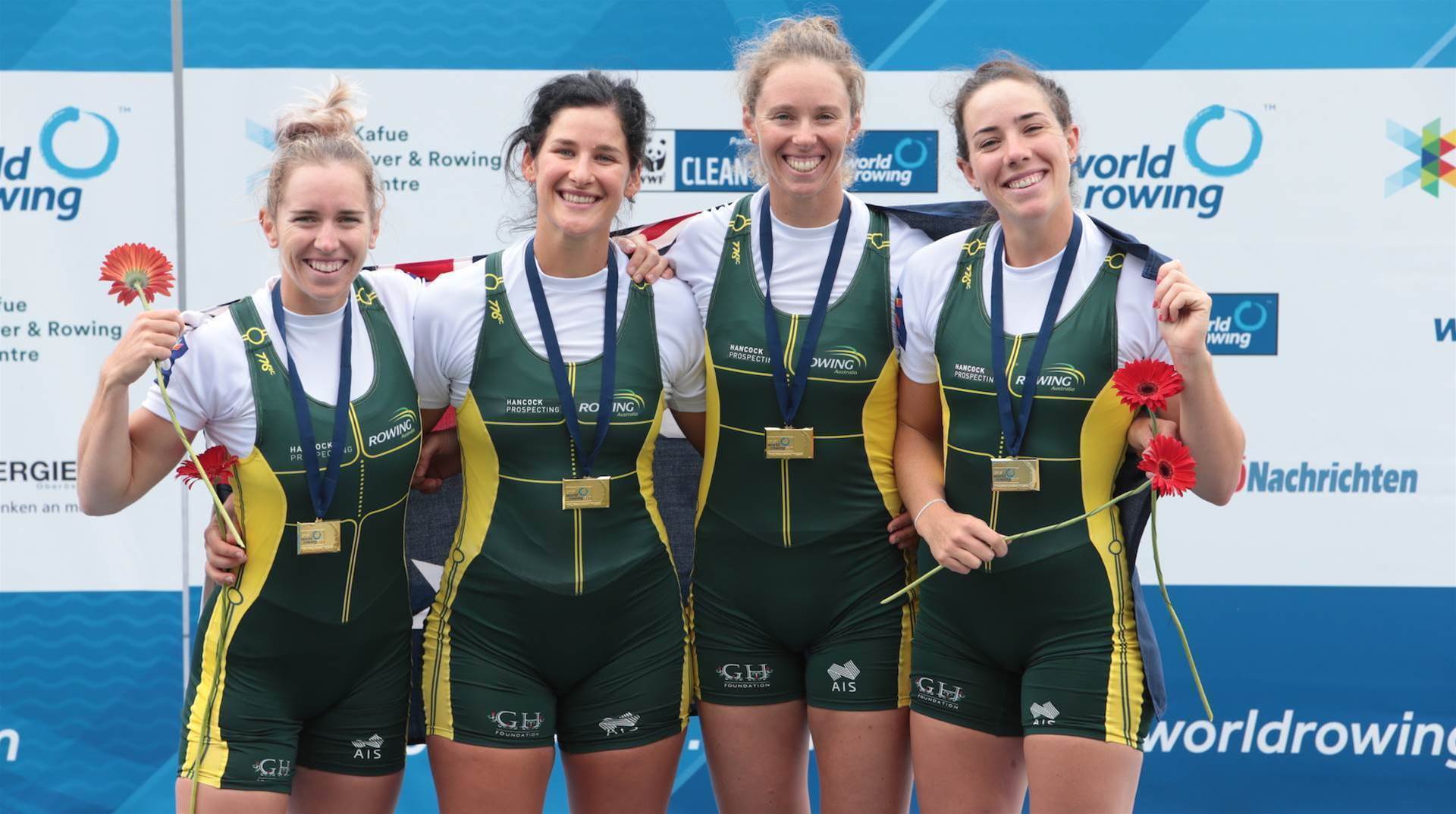 In 2014, they found out three weeks before World Championships, that her pairs partner had rib stress fracture, then in 2016, they didn't actually find out they were going to the Rio Olympics until two weeks before and 2017 due to the hurricanes they arrived eight days later than planned.

This has been one of the only bumps in the road as they head into the event as reigning World Champions and have come off winning World Cup II and III, however, Stephan knows the level will improve.

"It does give us confidence knowing we are on the right track with our training but it was definitely not an invitation to rest on our morals," she said.

"We have worked hard these last couple of months to improve all aspects of ourselves."

The 2018 World Rowing Championships takes place in Plovdiv, Bulgaria from September 9 to 16.