The Magpies have kept their final hopes alive after beating the West Coast Fever 57 – 63 at Perth Arena.

Through grasping a single bonus point, Collingwood now sit just one point behind the fourth placed Giants on the ladder.

With two home games remaining, there’s every possibility Rob Wright’s side can make a late charge for a finals spot – and Monday’s game suggested they were finding form at just the right time.

Despite a history of failing to travel well, the Magpies’ line-up gelled effortlessly, creating an attacking flow too difficult to stop.

The clash was hotly contested in the first half, however the Magpies were able to grasp the lead as they continued to settle into their positions.

In an unexpected move, Magpies wing defence Ashleigh Brazill was moved into centre, where she excelled, earning her ‘Player of the Match’ status.

“It was the first time we’ve really played like a team,” Brazill said post-game.

She was supported by the relentless attack of Natalie Medhurst, who showed her old side what they were missing, in her first game back in Perth.

With just two rounds of Super Netball remaining, both sides will need to find and maintain impeccable form if they want to contest for the premiership. 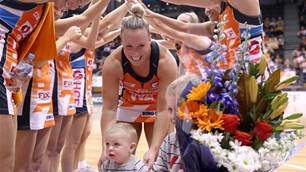 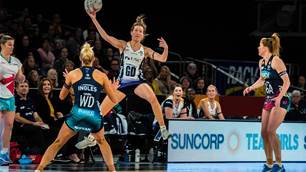