At the moment, she is trying to catch on some school studies to do mid-year exams as she has previously been studying on the road and in hotels.

Her parents also don't allow her to miss any assignments.

"We have an agreement that they give me full support with my gym if I submit all my work together with the rest of my class," she said.

Thankfully, when it comes to her social life, it is much simpler to balance as most of Kiroi-Bogatyreva friends are gymnasts and they live on a similar timetable.

FORMAL ‘18 ☝🏽 Thanks to all people who made the night memorable ❣️

"Gymnastics is a not just a sport, but a way of life," she said.

However, one of the hardest parts of being an athlete is the cost associated with travelling and competing.

At the beginning of the year, while preparing for the Commonwealth Games 2018, Kiroi-Bogatyreva had to travel every week to get she routines assessed by the judges or test drive them in the competitive environment.

"What makes it very hard is the cost of the sport in Australia, considering all major Rhythmic events are in Europe and constant travel leads to high expenses, especially when I travel interstate or overseas nearly every month," she said.

After an intense 12 months, Kiroi-Bogatyreva has a bit of a break over the winter period as she works on her routines and qualifying for the 2018 World Championships ahead of an important year and a half for her chance to qualify for Tokyo 2020.

Up next is a possible trial in September for a final trial to represent Australia at the 36th FIG Rhythmic Gymnastics World Championships in Sofia, Bulgaria. 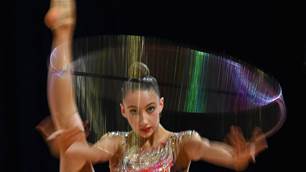 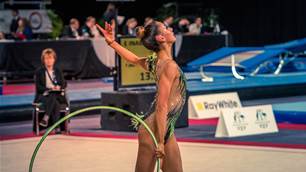