While the Canoe Sprint Grand Prix One marks the start of a long season for many paddlers, for Australian Bernadette Wallace it has more personal significance.

It will be the first time since the 2016 Olympic trials the 29-year-old has returned to the national sprint racing scene since finding a melanoma in her neck.

At the time, Wallace was a member of Australia’s women’s K4 team and close to Rio selection but had to pull out after the discovery.

Since then she has travelled around the world twice, lived and coached in Canada, coached  Australia's Olympic Hopes Team, saw her brother steer the K4 to a World Championship title, worked on the Commonwealth Games, been an aunty and gone back to University.

“Somehow all of this added up to me being back here in Adelaide, back on the start line this weekend but in a canoe," Wallace said.

"It has always been a plan in the back of my head that if I pitched the trajectory in range, I might end up back here if I still wanted to.

"This decision has not been without a great amount of challenge physically, mentally and the support from my family, friends to actually pull through and most importantly with great luck with my health,” she said.

Wallace moved from the Gold Coast to Adelaide a month ago and has joined the national women’s canoe program.

The Grand Prix in Adelaide will also be the first time she has raced in a new boat class, the women’s canoe, which has been added to the canoe sprint program at Tokyo 2022.

However, Wallace doesn't want to call her return to the water a 'comeback'.

“So I don't want to call this a 'comeback', it is a different sport. I had my time in the kayak and this is a new beginning in the same community on the same course," she said.

"If it was a 'comeback' I wouldn't be so worried about staying in my lane or falling in,” Wallace said.

With the Tokyo 2020 Olympics less than 18 months away, the ultimate dream is lining up at the start line.

“My goal in all of this is to have Australian women canoeists on the start line at the Tokyo 2020 Olympic Games and thereafter," Wallace said.

The Grand Prix One kicks-off the season that will see Australian paddlers vying for national selection for a for a place at the 2019 ICF Canoe Sprint World Championships. The World Championships acts as an Olympic qualifying event to secure national quota spots at Tokyo 2022. 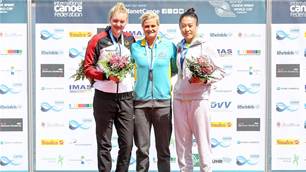 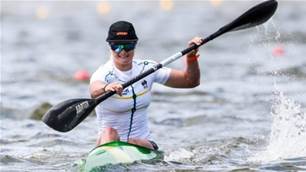