Jessica Fox became the most successful female paddler in history after a record-breaking 2018 season.

Fox headed into the season looking to defend her World Championship title from 2017 and win an overall World Cup title, however, heading into the season she didn't expect what would end up happening.

"It's just been an incredible year, I never would have imagined it at the start of the season and it's very special to now be home and be able to share it with everyone and kind of reflect on what a massive year it's been," she told The Women's Game in October.

The 24-year-old went undefeated in the C1 event during the World Cup but, unfortunately, in the K1 she just missed out on gold in the fourth meet before finishing 10th in the final event of the season.

Despite, her finishing to the K1 event, she won the overall title to not only reach No.1 in the world rankings in each discipline but become the first athlete to win both the K1 and C1 World Cup titles.

At the Canoe Slalom World Championships, Fox continued to make the records tumble as the dual Olympian won both the C1 and K1 World titles.

It was the second time she had achieved this feat with the first coming in 2014.

After defending her K1 crown Fox became the most successful individual paddler of all time, overtaking her father Richard.

Just 24 hours later and after collecting her fourth World Championship gold in the women's C1, she again made history by becoming the greatest female paddler in the history of the sport with a combined nine World titles across three disciplines including two C1 team golds.

The win saw her leapfrog her mother Myriam Jersusalmi. 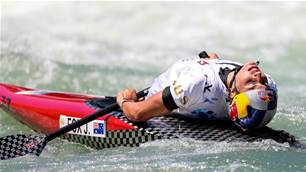 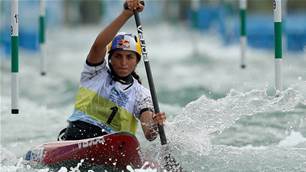 Jessica Fox: A year to remember 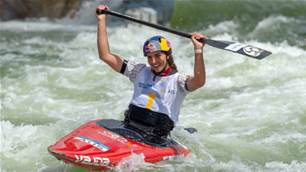