The Women's Game  Contributing Editor Sarah Groube was the Tournament Administrator for football at the Sydney 2000 Olympics.

The Women's Game  Contributing Editor Sarah Groube was the Tournament Administrator for football at the Sydney 2000 Olympics.  Sarah was also an administrator for the Matildas during the late 90s and early 2000s.

The greatest show on earth. The five ringed circus. The Olympic Games.

Whatever you want to call it, the Olympic Games is something else. Yes, the men’s FIFA World Cup is sometimes deemed the largest single sport event in the world, but when it comes to a city standing still for two weeks, with the eyes of the world watching, nothing quite tops the Olympic Games.

For a women’s football player, the pinnacle of football achievement will always be winning the FIFA Women’s World Cup, but there is a part of every athlete that dreams of being an Olympian.

FIFA have always maintained the demarcation between the Olympic men’s football tournament and the men’s World Cup by holding an under 23 men’s tournament during the Olympic Games.

They say this preserves the value of the open men’s competition gained from television rights and sponsorships. Some argue it’s an indication of how powerful FIFA have been in world sport, that even the International Olympic Committee (IOC) can’t influence FIFA to allow football’s best male players to compete, noting though that each team can field three over age players.

Football is the only Olympic sport that hosts this type of ‘youth’ competition.

This is the first year Australia has qualified through the excruciatingly difficult Asian Football Confederation route. For the first tournament in Atlanta 1996, the top 8 teams from the 1995 FIFA Women’s World Cup automatically qualified, with the exception of Brazil who took the place of England who cannot compete unless under the banner of Great Britain. This excluded Australia, and all other teams from Africa and Oceania.

Australia qualified as hosts in Sydney 2000, and again in Athens by beating New Zealand off the back of a period of strong support from the governing body, a legacy of the unprecedented investment made in the Matildas as the host nation in 2000.

The Matildas have qualified for Rio 2016 by undertaking meticulous preparation; physically, mentally and strategically; perfect player management, strong selections across the park, along with an unprecedented level of self belief.

What will they find when they get there?

Well, they won’t have their brothers the Olyroos with them. The men’s team failed to qualify, leaving the Matildas as the sole representatives of Australian football, and ending the Olyroos’ coaching career of Aurelio Vidmar. The Matildas will have undivided attention from football fans in Australia, and hopefully solid representation and resourcing from within the FFA.

They will have the support of each and every Olympian who has been before them, both within the football fraternity and much wider, across all sports within Australia. 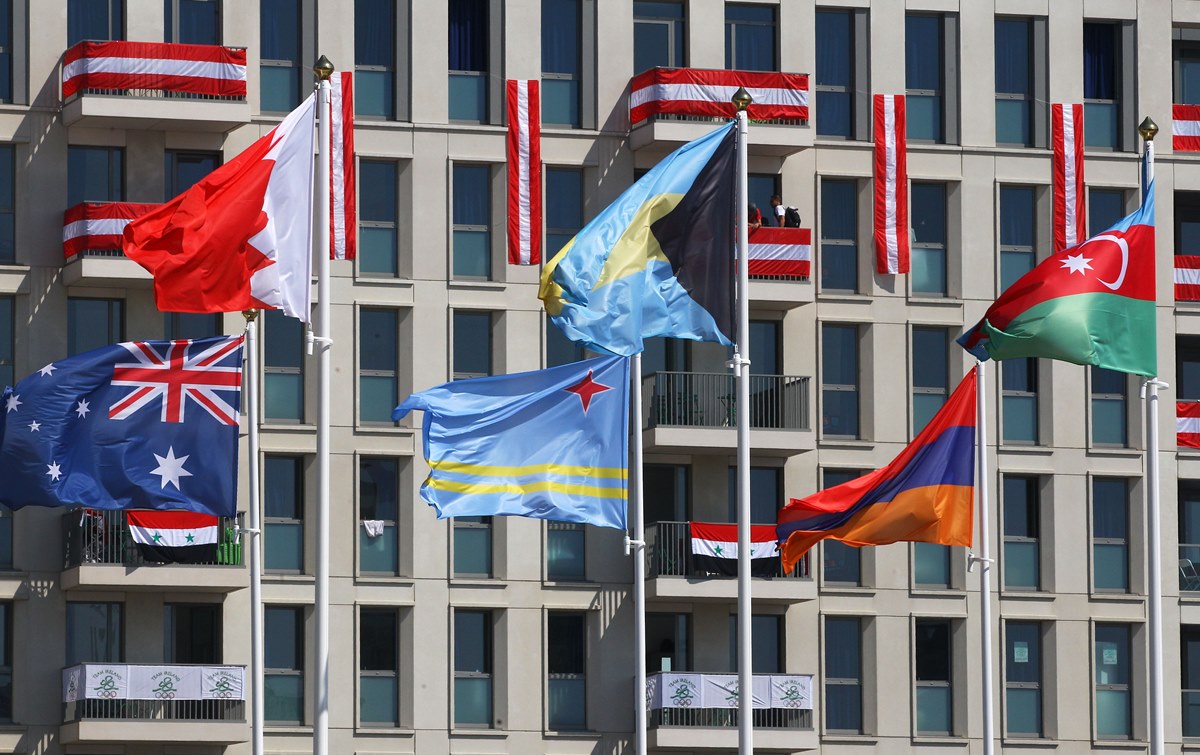 The Olympic Village is a hive of activity (Getty Images)

The Olympic family is a special one. Once an Olympian, always an Olympian. A bit like being a Matilda. You will never hear anyone speak of a ‘former Olympian’ because there is no such thing.  This is a prestige the Australian Olympic Committee treats very seriously.

In Brazil, they will be met by smiling volunteers, streamlined processes at every step of their logistical journey, and in their outlying cities, and first class treatment by way of hotels, transport and training venues.

Depending on the draw, they might find themselves playing in Rio at the Olympic Stadium early in the tournament.

When in Rio, things will feel very different from a World Cup. The teams will move into the Olympic Village where generally teams share gymnasiums, medical facilities, and common areas.

In outlying cities teams are used to staying in 5+ star hotels in outlying cities but in Rio they will need to share facilities including drivers, buses, treatment rooms, dining halls, and the traffic that comes with being an Olympic city.

They will also have to share the attention of the media and the public with other sports - which isn’t a bad thing.

One of the biggest distractions at an Olympic Village is the food hall. While team nutritionists have a large amount of control in the outlying cities, when the teams move to the Village, it’s all on tap. Many athletes have claimed McDonalds was their downfall during the Games when they realised it was open 24 hours a day, no cash was required, and it was all you can eat…

The teams staying in the outlying city hotels will have a secure floor of the hotel, but will share public areas with tourists and other football teams doing their best to qualify for the next round. It’s a high performance environment, not unlike what the Matildas would be used to from previous senior and youth World Cups.

At the Olympic Village, the place can resemble a party zone at times.

There are athletes who might have been knocked out of competition or won a gold medal on the first day of the Games, and they are more interested in enjoying the Games experience to its full, than keeping the noise down.

The AOC works hard to try to quarantine those athletes still competing and needing a high performance environment from those who are ready to kick up their heels after months and years of hard training, but it is definitely an important challenge for teams to consider.

Security steps up to a different level at Games time. At the World Cup, players are used to carrying accreditation, but at the Olympic Games, vehicle searches, bag searches, and delays relating to security threats can be a common occurrence. Players are well advised to have refreshments on hand for such delays.

Doping control both at the Village and match venues is another thing for teams to plan for. Players can be tested out of competition as well as after matches, and refusal to complete a drug test carries the same sanction as testing positive. Again, being prepared for this type of scenario is important.

Access to family members is not impossible, but another thing for teams to plan for. Day passes for family members, subject to specific requirements from both the AOC and Rio 2016, will need to be navigated prior to families visiting the official hotels, or players wishing to leave secure zones, and that’s on top of team management rules.

Managing personal social media accounts will likely be a focus of this year’s Games, particularly following on from a number of incidents in London 2012 when some of the swimming team admitted their performances had been affected by Twitter distractions.

Players need to manage their sponsorship requirements and entitlements very carefully during the Games, and there are very strict media guidelines that the AOC will educate the team about.

None of this is rocket science, but when it’s your first time in the Olympic team you don’t want to distract from your performance by slipping up and wearing a logo that’s too big or being photographed in the wrong gear.

I’ve had a bit of Olympic experience, seeing the phenomenon from a few different vantage points.

I was the Tournament Administrator for Football at Sydney 2000 – working for two years preparing the women’s, men’s and Paralympic tournaments. During the Games I had teams of volunteers at the Village, Sydney Football Stadium and the Olympic Stadium, managed the team liaison officers, and travelled to Canberra and Melbourne to support our event teams in the outlying cities for their first matches. I didn’t get much sleep.

I was the guest of a sponsor at Salt Lake City Winter Olympic Games in 2002 just months after the 9/11 disaster.  I didn’t sleep much then either.

I was a punter in London 2012, attending all of Canada’s matches in the women’s football tournament including the ridiculously amazing semi-final match at Old Trafford against the USA.

It was a big day that we caught the train to Coventry from London to witness Canada’s bronze medal win over France, then raced back to Wembley Stadium for the women’s gold medal match. Sleep… Who needs it?!

After each of these events, I’ve been asked if I was ever worried about security. I feel like cities are never safer than when they are hosting the Olympic Games. My experience has been that the full law enforcement response is on hand during the Games, not necessarily because of an actual threat, but because of the reputation the host cities want and need to preserve in ensuring the safety of athletes, officials and visitors.

In my experience, Olympic cities are never happier. 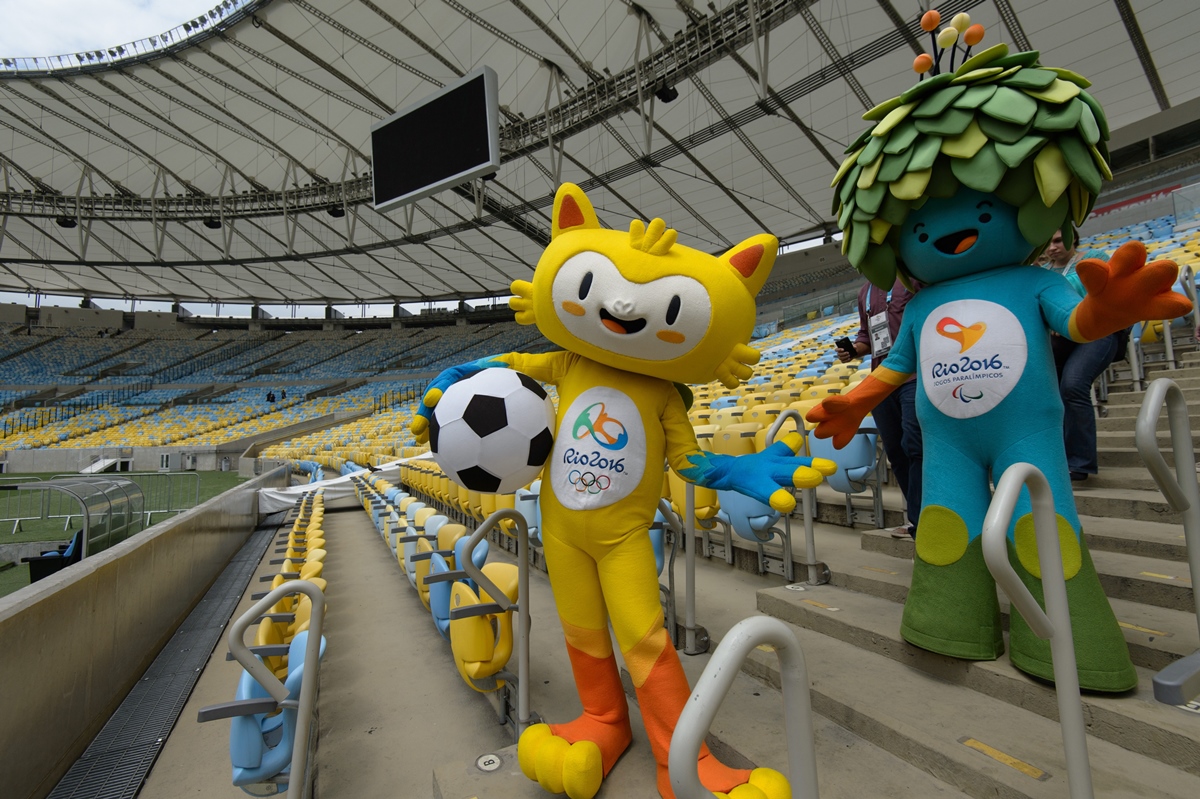 My observation is that host cities undergo a pre-Olympic slump when inevitable questions are asked in the media about ticket availability, accessibility and prices.

What about the over expenditure in the budget? Organisers are quizzed about whether the venues will be white elephants.

Everyone wonders what is sport good for anyway, and why their country even bid for this silly corporate, commercial monstrosity that disrupts their normality, threatening to drain their public purse from here to eternity. All reasonable questions.

And then, as soon as the Games begin, there is a magic that transcends upon the host city. I’ve never seen Sydney happier. I’ve never seen London more cheery.  Salt Lake City allowed bars to stay open past 9:00pm.

While host cities (and their occupants) tend to suffer the post-Olympic blues, there is nothing quite like an Olympic city while the system is buzzing. Transport works. The tourism industry is in full swing. Volunteers are on every street corner, directing you to your next watering hole or Olympic venue. Even the weather gods seem to understand the Olympic spirit.

For the athletes, the Village is a sporting paradise where you rub shoulders with the best.

Between matches, or when your tournament is done, National Olympic Committees distribute tickets for other events.

The Olympic team is the ultimate national team, and your team mates are in the stands cheering you on. I remember a party at the Rocks in Sydney where the US Women’s National Team were on the dance floor* with Carl Lewis. It was quite a sight.

Matildas. I salute you. With your return to the Olympics booked 12 years after your last appearance, there’s more than enough room for you on the podium, it’s just a matter of which colour.

You inspired the nation in 2015 with your World Cup success, now go on and inspire your fellow Olympians.

*All dancing took place after the Olympic final that the USA lost to Norway in golden goal extra time.