Who's leading your Super Netball side in 2020?

The Magpies have kept their leadership the same as last season, unfortunately Browne went down with an ACL injury, so there wasn’t a home and away game with both co-captains out on court.

With the retirement of Foundation captain Kim Green last season, Jo Harten has taken over at the helm of the Giants, a much-loved member of the Giants team, with Kristina Manu‘a stepping up as vice-captain

The Vixens have gone with the co-captain format this season, with previous captain Kate Moloney and superstar Lizzy Watson both being named the sides co captains, with Last year’s best and fairest winner Emily Mannix becoming the teams Vice captain.

The Premiers have kept the same leadership line-up as last season, with Maddy Proud leading the way, although last season Proud missed the bulk of the season due to an ACL injury, with Paige Hadley stepping up as the on-court captain.

Gabi Simpson retains her well-deserved position as captain as she leads from the front in her work rate and encouragement. Although Gretel Bueta will miss this season because her and her husband are welcoming their first child in January, she will take up an off court role.

The Lightning will once again by lead by the fabulous Laura Langman, with Karla Pretorius nominated as the vice-captain. The lightning will be in good stead to go all the way this season.

Courtney Bruce will once again lead the fever, after a disappointing 2019, if anyone is to lead the Fever back into the finals it would be Courtney Bruce 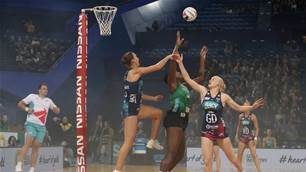 West Coast Fever were one of last season's worst underperformers...so what about now?