It has been an eventful year so far for the Matildas...

After securing Olympic qualification new challenges have arisen and some have taken to social media during and given fans a new look at their lives and personalities.

Lydia Williams must be one of the most multi-talented Matildas, who knew the world-class goalkeeper could re-create “Kath and Kim” scenes and expertly play the oven door as an instrument?

Her Twitter feed during lockdown has been unpredictable and fun, often recruiting the star power of Steph Catley and Rebekah Stott to help with her videos.

Lydia has also uploaded a homemade animation of her children’s book “Saved” and links to some interviews of a more serious nature.  Williams is number one of the team sheet, her Twitter is number one for quality.

Follow for: a “Not Happy Jan” ad starring Williams in multiple roles. 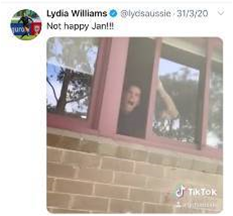 Watching the fearless attacker can be nerve-wracking for supporters who hold their breath when she gets kicked or elbowed by overwhelmed defenders.

Raso must know we all worry because she tweeted a quick injury update during the Olympic qualifiers in February, with a no-fuss  “Broken nose fixed.”

She used the platform previously to give candid ongoing information following her serious back injury in 2018.

Hayley has also posted training videos during lockdown as a part of the “Play at home challenge” and kept fans updated on her move to WSL side Everton.

A browse through Raso’s Twitter timeline is a mix of fan engagement and highlight footage and a reminder of why she is such a supporter favourite. 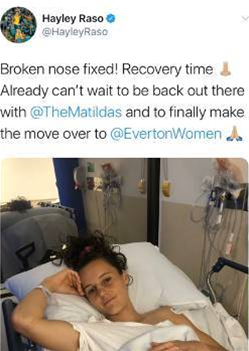 Sam Kerr might be a record goalscorer in two leagues but if her Twitter feed is any indication, the real star of the household is Helen the adopted feline who was introduced to her followers as the “best $25 ever spent”.

Helen has been a regular feature of the striker's Twitter feed since, with Kerr excitedly engaging fans to talk about her admittedly very cute cat.

Hopefully, 2020 will still see some new goals uploaded to her Twitter feed, but until then Helen is providing the highlights, especially given Kerr’s amusing aversion to making TikTok videos despite the encouragement of Nikki Stanton. 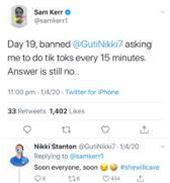 After showing her value to Arsenal supporters with a debut goal, Foord endeared herself more with a series of lockdown videos with teammate Lia Wälti ranging from a backyard kick around to discussing the correct definition of a “container.”

It’s clear from her Twitter that Foord is enjoying life in London despite the frustrating pause in football and that’s a good thing for the Matildas' fortunes.

Follow for: the ongoing sitcom of Caitlin and Lia in London 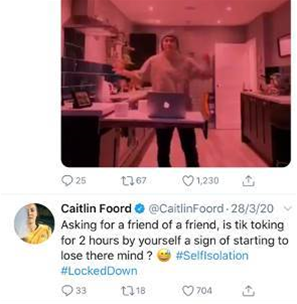