It was a successful night in the pool for Australia's female swimmers who picked up a gold, two silvers and a bronze plus a couple of World Records.

Ariarne Titmus made her Commonwealth Games debut with a personal best in the 200m freestyle yesterday morning before claiming a silver medal later that night.

She has dropped 0.9 seconds since the Australian trials last month also achieving a personal best in the final.

"I didn't expect to go out fast," Titmus said.

"I wanted to win the gold but she was better tonight so I'm really happy with silver.

"To think that a year ago I wasn't really even ranked in the world field for 200m and now I'm swimming 1.54, it's really exciting," she said.

Blair Evans took out the first medal of the night for Australia with a bronze in the 400m Individual Medley.

The 27-year-old is competing in her second Games and went one better than she did in Delhi eight years ago while also putting her disappointing Rio 2016 campaign behind her.

"It's bronze but it feels like gold to me," Evans said.

Madeline Groves has probably had one of the toughest 12 months of her career as she underwent surgery to treat endometriosis in late 2017 and was cleared of a third breach of anti-doping 'whereabouts rules' meaning she was free to compete at the Games.

Last night she set a new Commonwealth Games record (57.22 seconds) in the women's 100m butterfly, and it isn't even the final yet.

"I guess the excitement, the atmosphere, racing in front of the home crowd.

"It's as awesome as everybody says it is and I used that to push me along tonight." 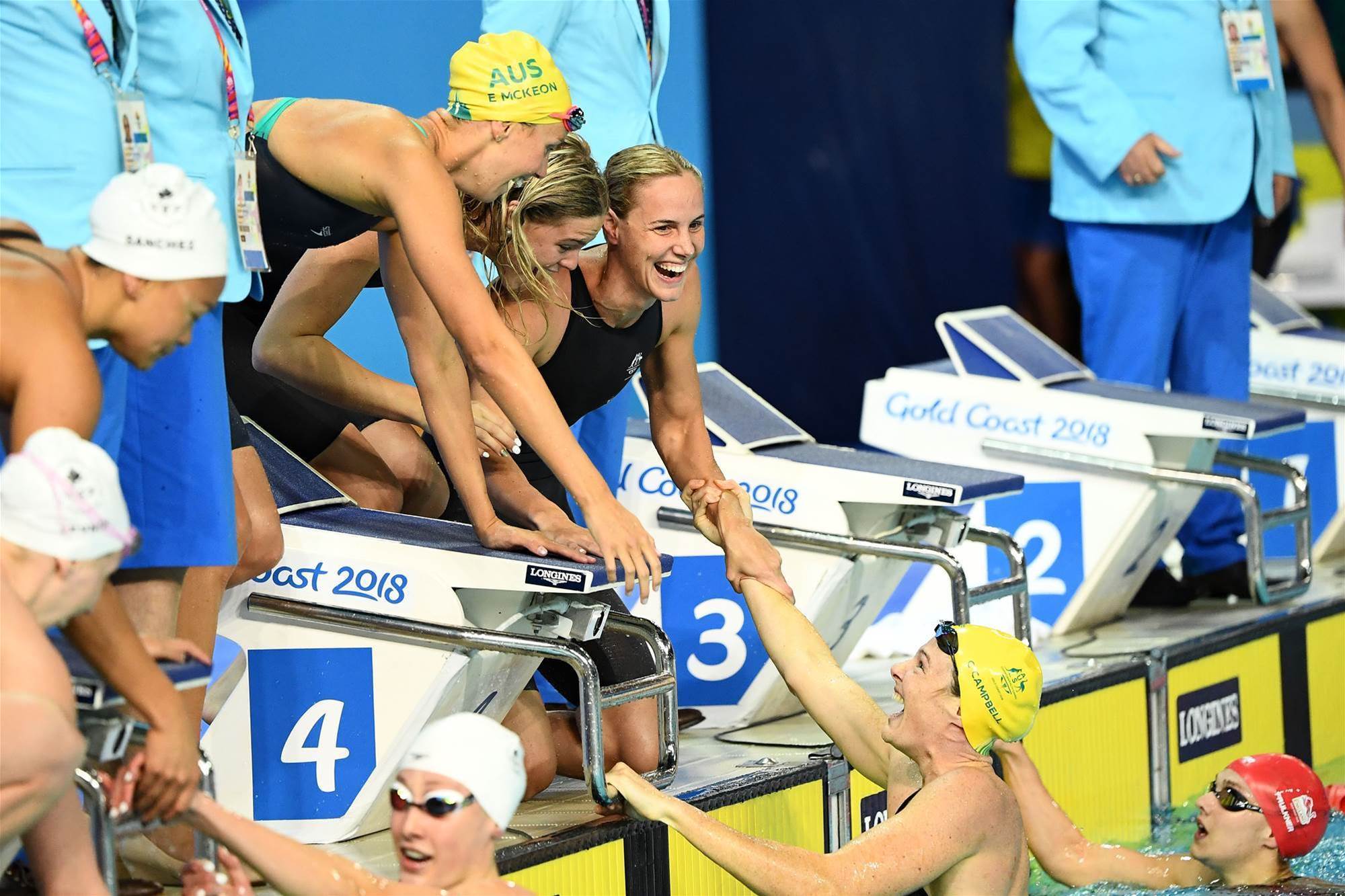 The night finished with a World Record as Australia won gold in the women's 4x100m freestyle relay.

It was the second time they had broken their own World Record having down it just two years ago in Rio at the Olympics.

They also defended their gold medal from Glasgow where they originally broke the record which had belonged to the Dutch for five years.

"We just keep doing it but I mean, every time you do it, it's something special because every time I'm like, 'all right, it's locked away, you won't be seeing that for many years'," Cate Campbell said.