Erin Herle is a black belt in Brazilian jujitsu and mental health advocate, travelling the world competing, teaching, writing and promoting awareness of mental health issues through her campaign #submitthestigma

Owner of Perth club Grappling Technics, Leigh Burger said it was a no-brainer to bring Erin out West for a seminar.

“I have a growing female training base and I wanted to bring over someone whose high level and someone the ladies can aspire to,”  Leigh said.

“Erin is a high level competitor, has awesome technique and she’s a great role model,” he said. 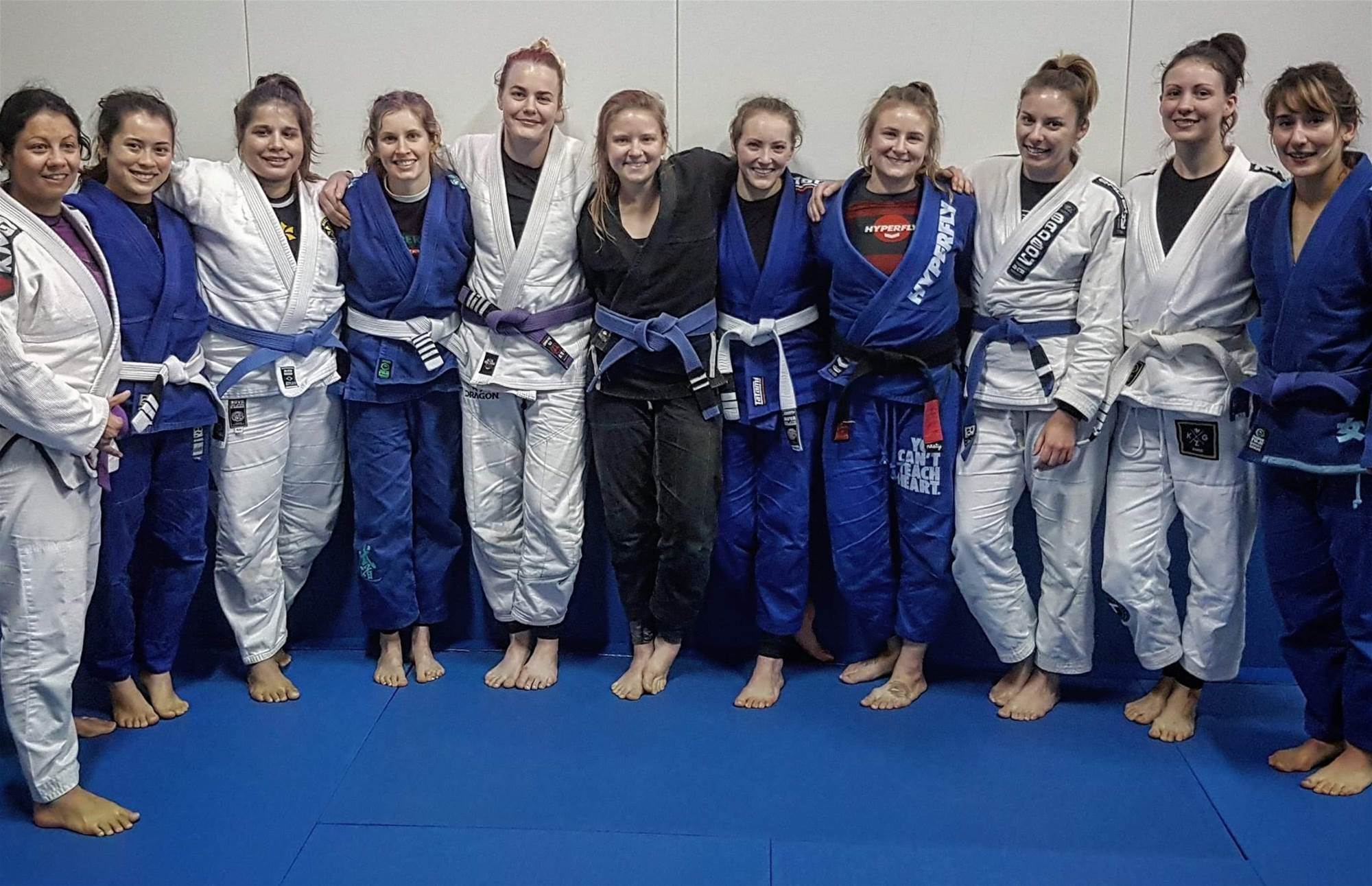 But Erin wasn’t always top of her game, in fact it took her almost a year to step foot on the mats due to social anxiety.

“I was diagnosed with General Anxiety Disorder in my twenties and I was so nervous to start jujitsu. I was wearing makeup everyday because I had really bad acne and I knew it would come off when I trained,” Erin said.

Eventually, Erin convinced a friend start with her, and said that while she still suffers from social anxiety, she feels comfortable wearing the gi (training uniform) because it’s androgynous.

“As soon as I’m in my gi, my brain kind of turns that part off and I don’t see physical appearance,” she said.

“And people aren’t looking at your body, they’re looking at where your hands are because you’re going to choke them.”

Jujitsu has helped Erin to understand her anxiety better and how to problem solve when under pressure.

The sport has also helped her to deal with stress both on and off the mats. In 2015 Erin’s dad took his own life, which she says was both shocking and at the same time not surprising, because he also suffered from anxiety.

“When someone has issues like that, you’re so used to them being that way and it’s normalised,” she said.

Erin used her loss as an opportunity, raising $6,700 USD for the National Alliance of Mental Illness in the US and founding her own campaign #submitthestigma to encourage people in the jujitsu community to talk about their issues.

“Mental illness is so common and the campaign is a way to make talking about it normal,” Erin said.

“I’m not ashamed and I like to tell people that because there’s a stigma against medication and against doctors - I always say to people make sure you get professional help.” she said.

“Jujitsu is great, it has the support, the exercise, and the goal setting, but it’s not everything. You need to be overseen by someone who has the means to guide you."

Erin credits the success of #submitthestigma to her reach and connections in the jujitsu community, having written for Gracie Mag and FloGrappling as well as training at three high-class gyms.

“I not only have the ability and knowledge to teach jujitsu to people, but I also have the credibility of having suffered through a suicide loss and I deal with my own mental illness,”  she said.

“I made the campaign a hash tag because I want it to be shared. It’s a way for people to tell their stories and not feel bad about it, but feel empowered by it.” 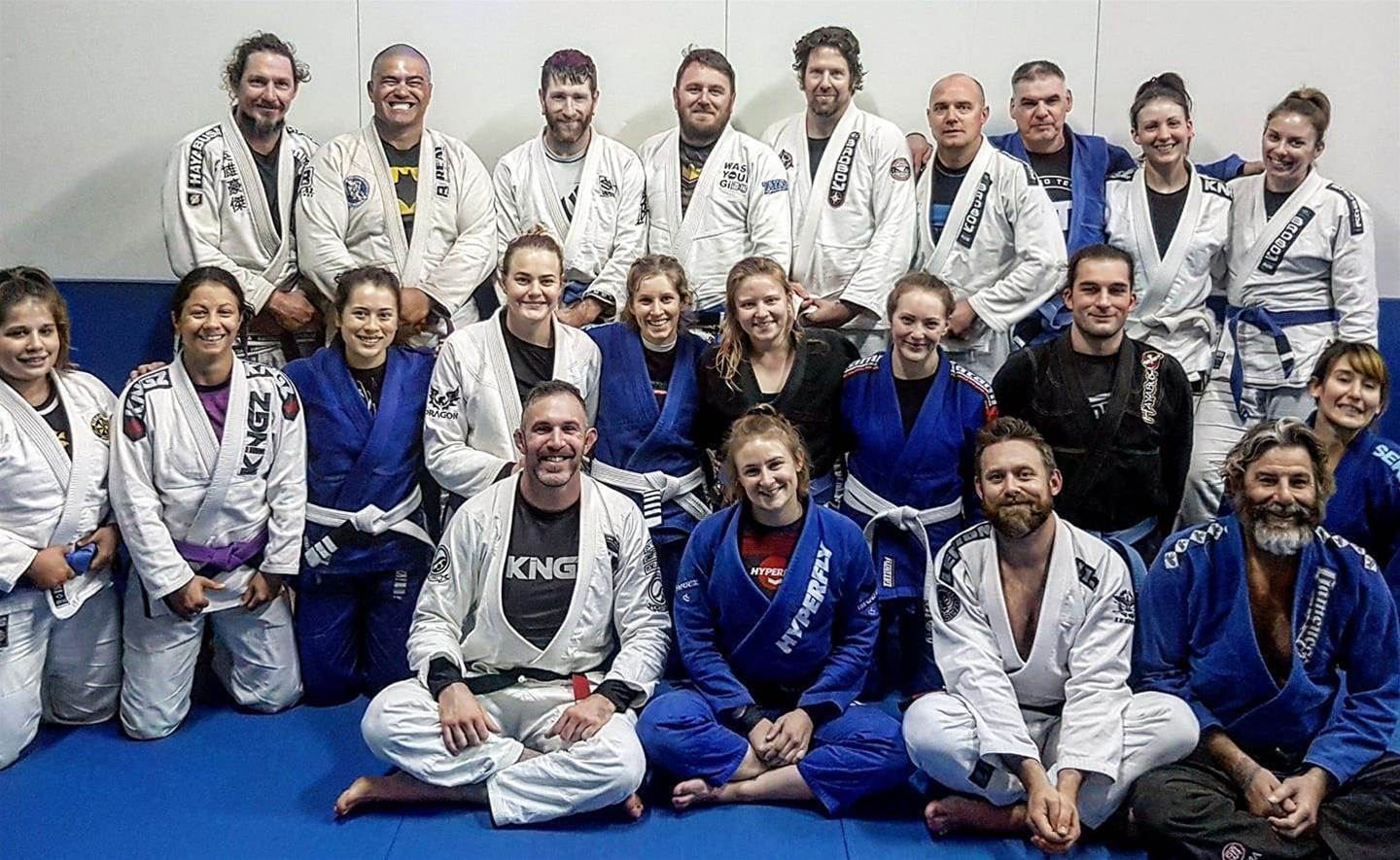 Erin’s seminar was so well received in Perth, that Grappling Technics will also be hosting another seminar with black belt and multiple IBJJF World Champion, Livia Gluchowska on the 7th of October.

“Livia has won a world championship in every belt, and two silver medals within six months of becoming a black belt,”  Leigh said.

“Everyone enjoyed Erin’s seminar so much, and it’s opened the door for more female competitors to come over,” he said.