Two filmmakers, Corinne Innes and Alexandra Gaulupeau, have launched a Pozible campaign to document the story of Strong Women.

"There have always been women doing strong acts," says Corinne.

What is Strongman (woman):

You might picture bodybuilding, but it's not at all about how you look. These women don't do steroids, they eat whatever they want, the lift heavy cement balls, toss tyres and they could easily pick you up over their heads. It's all about strength and endurance.

Alex and Corinne initially wanted to get funding from Screen Australia and while they did receive some, it’s only enough to help with research and writing and not enough to cover filming their reel. Hence their Pozible campaign, Strong Women, to document their story.

It was a chance meeting between Corinne and Mari Whyte that set the wheels in motion.

“The sport was totally foreign to us but we found it interesting,” Corinne notes.

“I was blown away by Mari’s passion and dedication to it. Then I went to a competition and saw all of these women cheering everyone on. Everyone wants the woman to succeed and lift whatever she is trying to lift.”

“The women who compete all have these various backgrounds that led them to Strongwoman. And we've noticed, for quite a few of them the sport is helping them train through the pain."

Corinne and Alex's goal is to showcase what it means to be physically strong as well as mentally strong and they’re keen to inspire other women.

“Some of them are trying to get through something - addictions, bulimia, domestic violence.

“The strongwomen are all very athletic. Alira is a Crossfit champ, she crossed over into strongman. Mari was a bodybuilder and powerlifter and then went to strongman.

"Women are really loving strongman. When they have sampled all the other strength sports they’re going into strongman and they love it.”

The documentary web-series will follow a team of Strong Women who do Strongman competitions, follow them as they train through the pain of their pasts, compete on international stages and reflect on the tough sacrifices they make to be the world’s strongest women, inside and out.

The biggest events are the ASAs - Australian Strongman Alliance and The Arnolds with the next major event coming up on October 1st and 2nd to crown Australia's Strongest Man & Woman.

The Strong Women are a team of resilient and tough women who practice the sport Strongman, a sport all about strength.

Getting it done with @kokozmedia so talented thank you for this video! . Shout out to my amazing sponsors who continue to invest in my journey of finding strength in others and myself . . . @dymatize @dymatize_aus @pantactive @sparta_gymwear @victorianstrengthclub

Well said @smitty_powerbelly The race is on ...still chasing 200kg 💓....will I beat coach to his 300kg 🤷🏼‍♀️ #Repost @victorianstrengthclub with @get_repost ・・・ Liana with a bloody 190kg Deadlift! How stupid is that!! ➖➖➖➖➖➖➖➖➖ Liana was the first person EVER to try one of my strength programs back in 2013/2014. She progressed to a 100kg faster than most girls at the time, she hit a 140kg Deadlift following my program and I believe that’s about when I suggested she started competing. ➖➖➖➖➖➖➖➖➖ We are racing to a 200kg/300kg Deadlift, and yesterday we both had a crack on our 3rd attempts! We both missed. So the race is still on 😎 @leearrnah 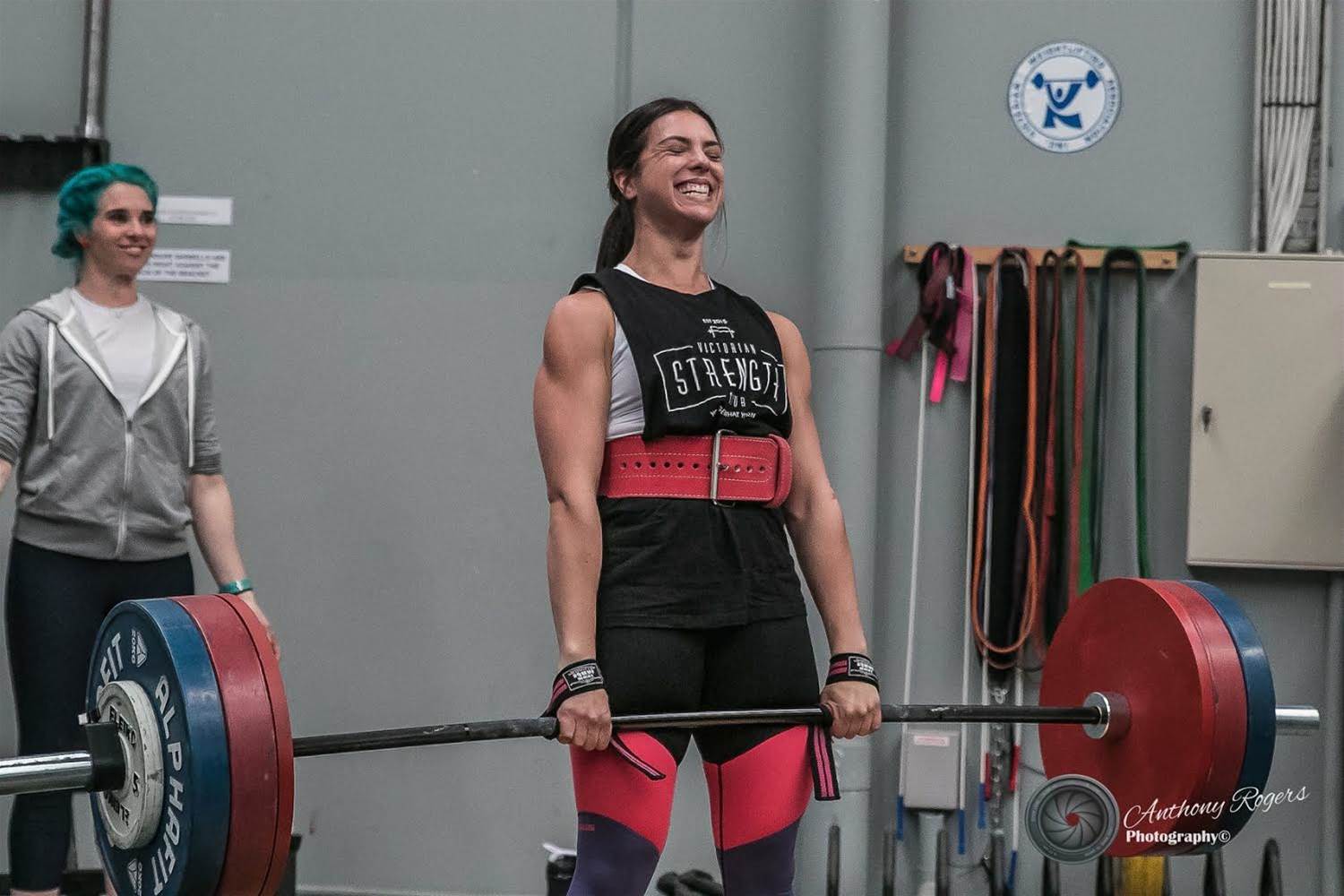