Standing in the spotlight, camera lenses pointed in her direction, flashes firing, Sam Kerr grasped a bronzed medallion that carried the weighted of a storied name with a storied history of winners.

Standing in the spotlight, camera lenses pointed in her direction, flashes firing, Sam Kerr grasped a bronzed medallion that carried the weighted of a storied name with a storied history of winners.

"Obviously this is the highest achievement so it's a massive honour and I think something I will look back on when I am older and be very proud of." 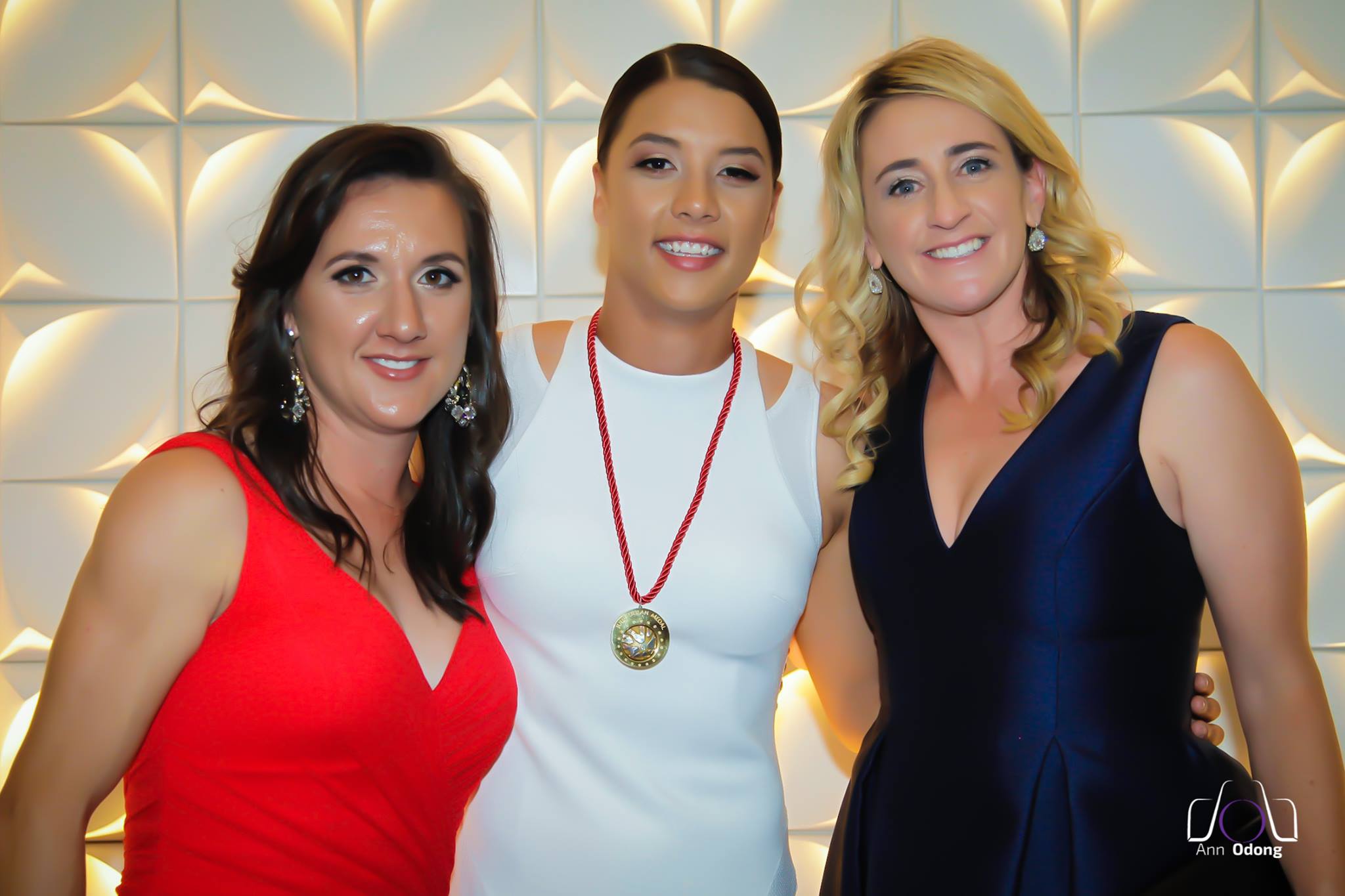 For nearly a decade, Sam Kerr has been one of the most entertaining and dangerous players in the W-League – in Australian football.

Since bursting onto the scene as a 15 year old – still holding the record for the youngest W-League goal scorer – the pacy winger's game has matured and developed over time to make her a crucial part of whichever team she lines up for.

Time has also brought consistency with the 2016/17 W-League season arguably her best, resulting in the West Australian earning acclaim from the FFA, media and fans alike.

Kerr's performances are even more noteworthy when you consider it almost didn't happen.

"If you had asked me a year ago if I thought I would be playing this year, I probably would have said no," she stated.

"I was ready to hang the boots up because I wasn't coping mentally."

April 2016 saw Kerr continuing what was to be an almost 8 month rehabilitation after rupturing foot ligaments in November 2015.

It was the third serious injury in her career following a knee reconstruction in 2011 and subsequent knee injury in 2014.

While she had successfully returned from the previous setbacks, this time the long layoff mentally played havoc with the Glory captain.

"I'd played 6 months of football in two years," she said. "It wasn't worth it really for me to be that down off the field when I wasn't really playing any football."

"I remember last year Staj [Matildas coach Alen Stajcic] was giving me all the time I needed and being very understanding but my foot didn't ever feel like it was getting better."

Present at the ceremony to recognise her daughter, Kerr's mother Roxanne played an important role in her daughter's mental health – especially while she was thousands of miles from home in the United States.

"I had many conversations with my Mum about giving it up.  Obviously it's very tough because people want you to stay around."

"It was a bit of a rocky patch and when you haven’t played in 9 months, you kind of doubt your ability and you doubt if it's really worth it."

"I really thought about it but I finally got the pain out of my foot and then things started to look up." 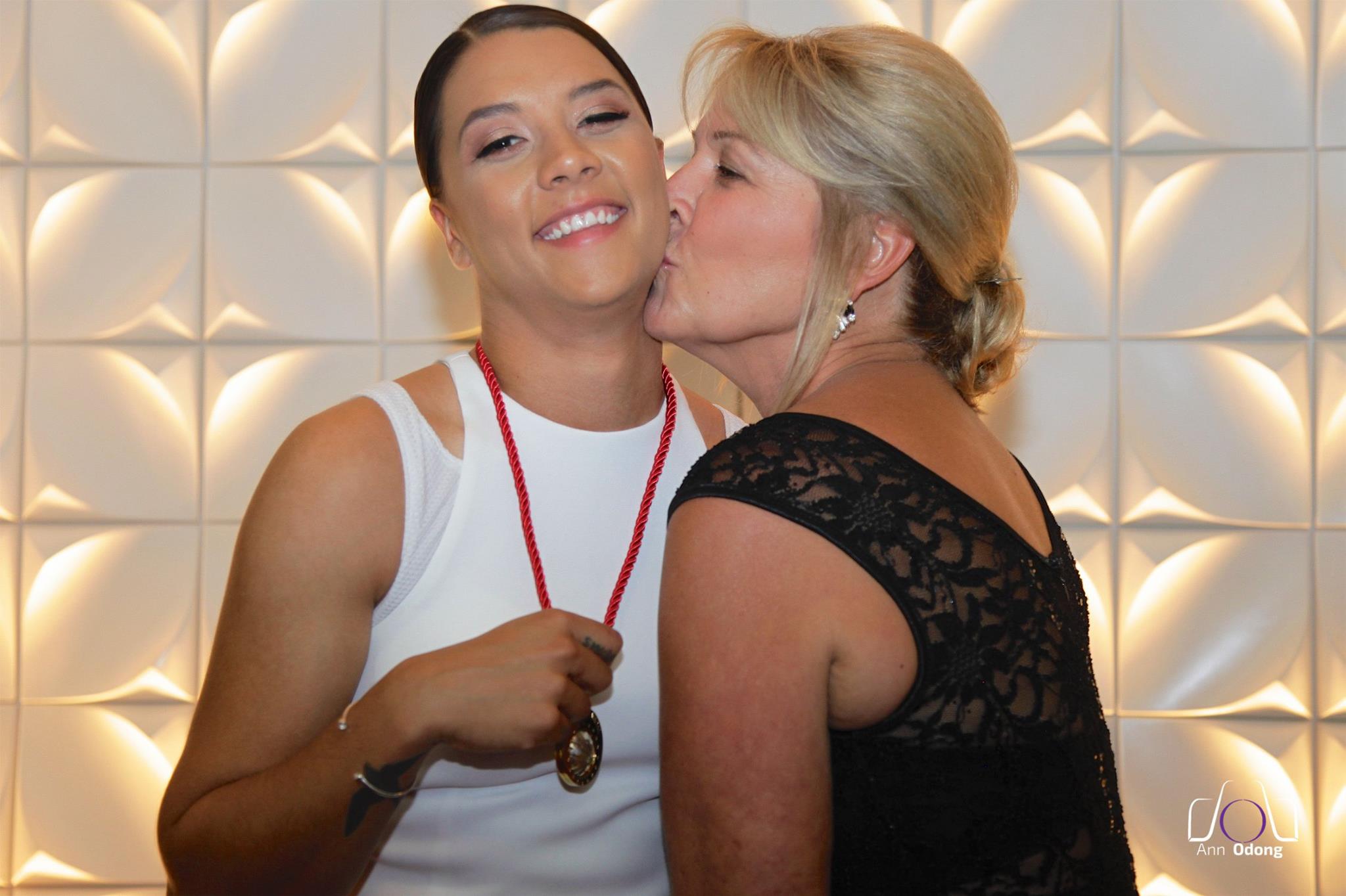 Pain free, the 23 year old finally saw glimpses of light at the end of what had been a dark tunnel.  That ray was the Rio 2016 Olympics but there was still one hurdle to overcome.

"Staj gave me an ultimatum," she remembered.  "I had to play 30 minutes to get picked in the Olympics."

Kerr's return to football occurred 222 days after first rupturing her foot ligament and it was a return that provided further clarity about her relationship with football.

"I went on [for Sky Blue FC] and with my first touch I scored a volley.  It was meant to be I think," she laughed.

"That was my sign that I was meant to keep playing and that kind of just sparked the fire again."

"When you make it back, you know why it was worth."

Named captain of her hometown club in 2015, Kerr had little time to acclimatise to the role before it was all halted by that career threatening injury.

Returning to Perth Glory for the 2016/17 season, there was some trepidation after lows of being sidelined for months and the highs of the Rio 2016 Olympics campaign.

However what she found in Glory, and in 2016/17 Coach of the Year Bobby Despotovski, was freedom rather than pressure and expectation.

"Bobby let me play freely and made me realise why I loved the game and why I started playing it in the first place," said Kerr.

"That's why I was so grateful for my teammates at Glory this year.  They really picked me out of that hole and made me find my love for the game again." 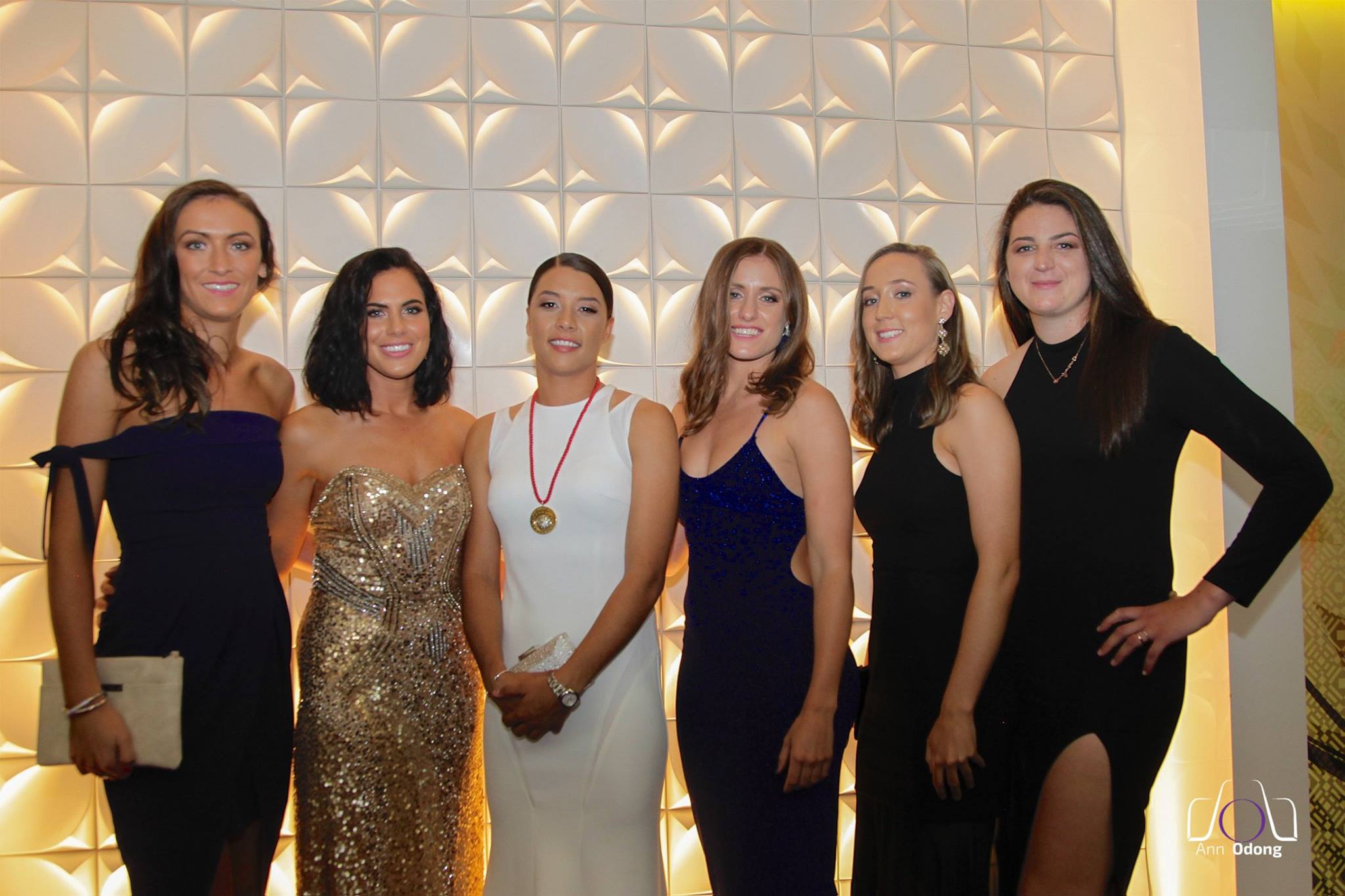 Throughout the season Kerr's high regard for her teammates was palpable.  While she continued to receive praise week after week, the captain regularly diverted attention to her teammates.

It was no different on the night of her greatest individual recognition with Kerr paying tribute to her team.

"It is a reward for our team," she stated emphatically. "We put in lots of work this year."

"It is a credit to our team and I am very proud to be a part of the team."

After the trials of the past two and half years, Kerr's plans for the future are understandably relatively simple.

"For the next year its just to keep fit. Stay healthy.  That's my main priority and then hopefully good form will follow."

"My main priority is America and then W-League and Asian Cup next year."