The Brisbane Roar and Matildas veteran was delighted to be part of the panel announcing the new revenue share and pay parity with the Socceroos at the FFA HQ today.

And she says it is the icing on the cake for football's advantages over other sports in Australia.

As well as offering overseas adventures – unlike AFLW – it now meant women could actually dedicate themselves to the sport without sacrificing the rest of their lives.

"We've got to be ahead of the game," said Kellond-Knight, 29. "If we fall behind, if we take a backward step, other sports are going to take that first step before we do.

"I think it's really proactive of the federation to do this today. You have a number of other sports which have reached equality so for us to fall behind would be quite detrimental.

"Fortunately for us, we haven't – we're taking a massive step forward."

K-K admitted the change had come too late to make a massive impact on her career – and said she hadn't been able to wholly commit to the sport when she was younger because of the pay. 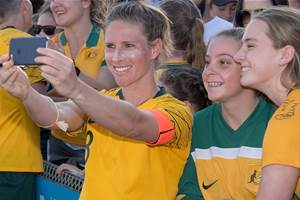 As a result, she may not have developed to be the best possible player she could have been.

"I couldn't – it wasn't a financially viable career," she said. "I studied - I spent as lot of time educating myself, preparing to work away from football.

"I spent a lot of time at university doing a bachelor of pharmaceutical science which prevented me from playing overseas. I had a lot of barriers in regards to that.

"Without a supportive family when I was in my early 20s, there was no way I could financially play for the Matildas. It just wasn't viable.

"I think we could have potentially missed out on other players that stepped away from the game because they were not in the position where they had the support from their family and people around them to allow them to play at that level.

"We've taken away that barrier today. Now it's a career path for the girls to walk into. It's so exciting" 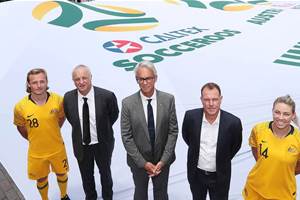 However there is still plenty of work yet to be done for the players and PFA, they say.

Deputy CEO Kate Gill admitted her next target would be to get the W-League salary cap raised, while Kellond-Knight is still dismayed by women's football conditions in domestic leagues overseas.