Twitter and Facebook became a battleground as soon as details emerged of the groundbreaking new deal, which sees the Matildas and Socceroos sharing revenue and being paid the same match fees along with other benefits like equal business class flights.

Male posters lashed the deal and questioned the funding for it, claiming the Matildas should only ever be paid directly relative to the income they bring in.

"This is almost making me want to be a feminist. We work as hard as the men, we deserve an equal opportunity. Thanks to those in support of today’s news!"

Today Kellond-Knight was among those making the formal announcement of the deal at FFA HQ in Sydney and said the male backlash was "comical".

"Everyone's entitled to their opinion," she said. "That's the main thing I take from online social media. No one ever has a wrong opinion, it's just their opinion. It turns comical.

"You never get offended by things. But it really highlights that we still have a long way to go in terms of people's mentality and the way that they approach and think things.

"It is definitely not the majority - it is the minority.

"Of course you want everyone to have the same opinion and the same thought process as you – but it's the real world...that never happens."

The deal came off when the Socceroos all agreed to come on board and accept the revenue sharing model - which will guarantee top tier Matildas playing in the A-League at least $100,000 a year going forward.

"This agreement has been collective," said Kellond-Knight. "The Socceroos have been completely on board this entire process.

"The FFA have also been extremely supportive. Everyone involved has been supportive.

"So if people from the outside externally want to have negative opinions about it, that's their opinion. It doesn't really affect anything." 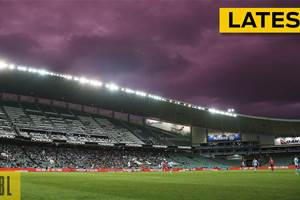 She also told the trolls to do more research before slamming it online.

"I think they should talk to the 23 Socceroos who have stood there quite staunchly and invested in the women's game," she said today. "They believe in that and they see the future.

"It's not like they are looking at the margin - it's not the short term gain. They see that, as the Matildas' fortunes grow, so do the Socceroos, and so does the game...and that's when it's treated as an investment." 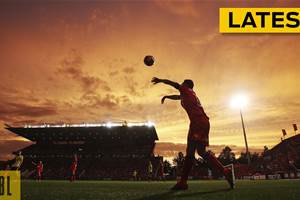 She added: "I can't thank them enough for their efforts and I don't think it should go unsaid that they have been strong supporters of the Matildas.

"I'm very fortunate that I work with so many men that champion women constantly. John Didulica our CEO has been amazing in that. I know he gets it and it's the right thing to do but he cares deeply.

"He has daughters and he wants to see them be able to have a living in football and I think that's just where it needs to go..."