Skye Nicolson has won a Commonwealth Games gold medal in the 57kg division in memory of the brothers she never met.

In 1994, her brothers Jamie, an Olympian and Commonwealth Games bronze medallist, and 10-year-old Gavin, who were killed in a car accident on their way to boxing training at Nerang.

Skye was born the following year and while she never met her two brothers, her parents Allan and Pat established a boxing club in their backyard in memory of Jamie and Gavin.

"I have no words, I'm so excited right now, over the moon," she said.

"I'm so glad I got to enjoy the moment with mum and dad and thinking of Jamie 100 percent.

"I'm so glad I got this gold medal for my family and for him," Nicolson said. 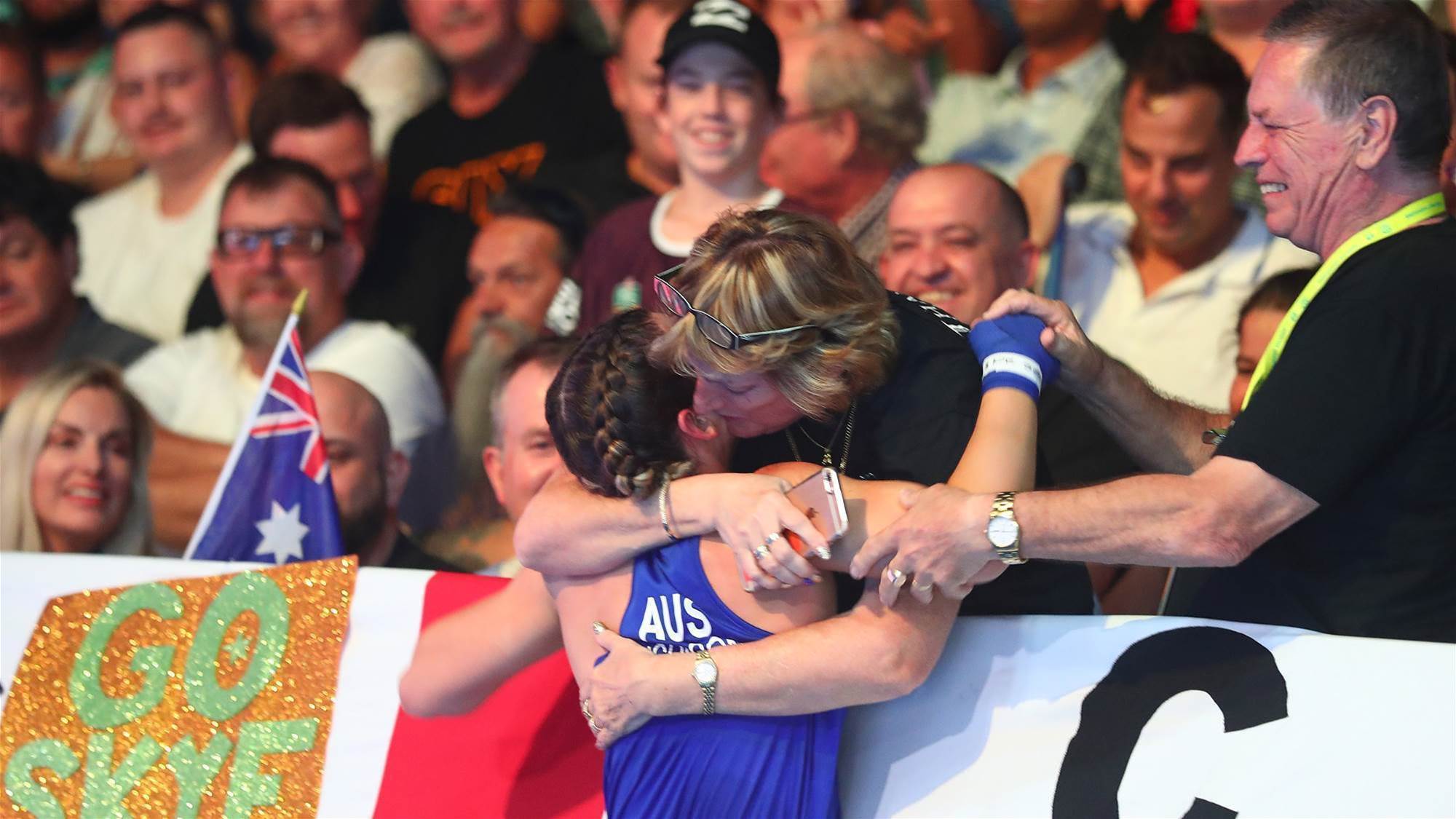 The match went down to a split points decision with neither boxer able to land a significant blow but Nicolson outpointed Northern Ireland’s Michaela Walsh 3-2.

It was Australia's third boxing gold medal of the Games.

However, Walsh wasn't impressed after losing her gold medal bout.

“I don’t really know how I lost that fight," Walsh told AAP.

I don’t even think it was close but she’s the face of the Games and sometimes that’s the way it is," she added.

Nicolson next major goal is Tokyo 2020 but she has two world championships between now and then.