Ellia Green is looking forward to being back at her first major tournament since the Commonwealth Games.

After the Games on the Gold Coast in April, Green had sustained a knee injury which rules her out of the remaining three World Series legs.

So the Rugby World Cup Sevens in San Fransico this week is a massive comeback for the 25-year-old.

"It's a major comeback for me after such a long time in rehab," Green said.

"A lot of us here haven't played in a World Cup before so it is a huge deal for the youngster and myself who's been in the squad for a long time but never had the opportunity to play in a World Cup.

Australia comes up against Paua New Guinea on early Saturday morning but while the team are at their first World Cup and had beaten PNG in the Sydney Sevens 50-0 this year, they won't take it likely.

"Every game is very important because it's a do or die tournament, you must win every game so we are going to treat it like a final when we get out there and play PNG," Green said.

"We are not going to take any team lightly," she said. 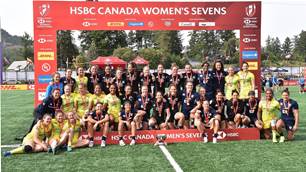 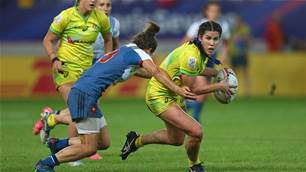 The one trophy missing