More news on Matildas Abroad can be found on The Women's Game.

Joe Montemurro and Juventus faced Sam Kerr and Chelsea FC for the second time this Group stage of the 2021-22 UEFA Women's Champions League.  Montemurro was able to hold off his former FA WSL rival Emma Hayes' side with a nil-nil result.

Chelsea had a frustrating night in the Champions League. While they enjoyed the majority of possession, their Italian opponents were able to contain their attempts in the final third.

Juventus keeper Pauline Peyrand-Magnin had an impressed night overall, organizing her defence and minimizing Chelsea's chances on goal. Of the 17 shots on goal by the Blues, only 5 were on target.

Kerr was close to getting one in the 29th minute when she beat Martina Lenzini and took a shot from a tight angle, but it went just a little wide.  Minutes later the Matildas captain attempted a header from a Fran Kirby ball in but it went over the crossbar.

The deadlock seemed to broken in the second half when Kirby's cross found Kerr who tapped it in.  However, the goal was then ruled offside.

Kerr was yellow carded in the 87th minute of the match after pushing a pitch invader to the ground.  The fan in question ran onto the pitch to try to get a picture with Chelsea captain Magdalena Eriksson but he was abruptly halted by her Aussie teammate.

Speaking to the Guardian after the match, Montemurro expressed his pride after the win:

“It’s amazing,” Montemurro said. “We were just happy to be in the group stages and use this year as a learning experience.”

The tie means that Chelsea will have to wait until the last game of the group stage to try to seal their place to the knockout stage.  The Blues are first in Group A with 11 points but must meet second place Wolfsburg in their final match. They tied the German side 3-3 in Matchday 1.

Juventus sit third in Group A but meet Servette Chênois who have lost all five matches so far including a 3-0 defeat to Juventus in their opening Group A game.  While it is unlikely, a win by both Juventus and Wolfsburg next matchday and an eclipsing of Chelsea's goal difference by both clubs would result in a Chelsea elimination at the Group stage.

Young Matildas defender Tessa Tamplin's side Servette has been eliminated from the knockout stage.  The club had a chance of progression had they beaten Wolfsburg today in their fifth match.

Tamplin played 90 minutes in Servette Chênois' fixture against Wolfsburg.  The match kept Tamplin very busy at right back. This included a 45th minute header deflecting the ball away from a possible goal. Servette ultimately lost 3-0 to their German counterparts.

It was Tamplin's sixth Champions League match, her fifth in the Group stage and her fourth start, quite an accomplishment for the Australian 20-year old who joined the Swiss side ahead of this season from A-League Women's Newcastle Jets. 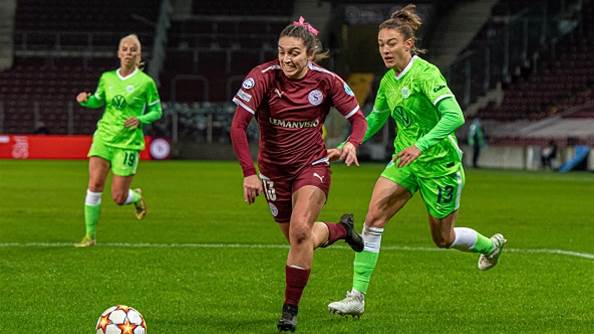 Elsewhere in Group B, Paris Saint Germain and Real Madrid have booked their tickets to the knockout stage despite there being one matchday having yet to be played in the group stage.  Ukrainian Women's Premier League side Zhythobud-1 and Icelandic Úrvalsdeild Vienna team Breidablik have been eliminated.

Four Matildas play tomorrow.  Steph Catley, Caitlin Foord and Lydia Williams's Arsenal FC face Barcelona FC at the Emirates Stadium.  Barcelona are currently first and undefeated in Group C with 12 points.  Arsenal's only loss has been to Barca. The game is at 6:00 AM AEDT.

Ellie Carpenter's Olympique Lyonnais play Benfica away from home at 7:00 AM AEDT.  Lyon beat Benfica by a scoreline of 5-0 on matchday 2 of their Group stage. 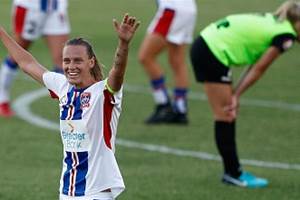 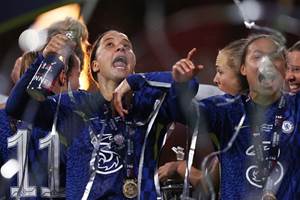 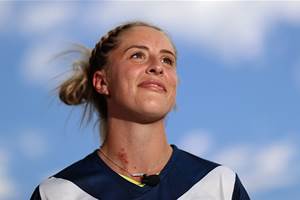