After an exciting inaugural Super W season, Wallaroo and NSW Waratah Grace Hamilton expects the benchmark to raise in 2019.

The Waratahs went through the first season of the Super W undefeated and claimed the Championship in a close battle with Queensland in the Final.

But the Super W is back this weekend for its second season and Hamilton is excited to see the competition get underway.

"It's something that we have trained for since November so to have it on our doorstep this weekend is just exciting," she said.

"Every team has put in the hard work and gets to see the fruition this weekend."

Rugby Australia launched the competition in December 2017 to help provide greater opportunity for XVs players across the country.

However, with things needing to be put in place quickly, with an expected start in March 2018, there were certain aspects lacking in the inaugural season.

No one knew what they were going into competition wise, so this season has seen greater preparation with a longer pre-season and as extended round (a finals play-off match) introduced, something all teams could benefit from Hamilton said.

"The standard of girls playing out will be completely different from last year," the 26-year-old said.

"Every girl in the competition and every state now knows what to expect and what sort of level we have to be out to keep playing. 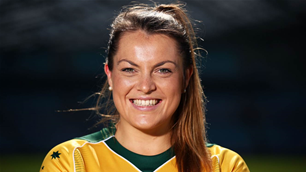 Hamilton chasing back to back titles