Australia’s Gems have brought home a bronze medal from the FIBA Under 18 Women’s Asian Championship in India after defeating Korea 75-58, enacting revenge for their 1-point group stage loss.

A much-improved performance from the Gems was led by Miela Goodchild’s 21 points as well as Agnes Emma-Nnopu’s massive 17-point and 17-rebound double-double that was littered with outstanding defensive plays that didn’t show up in the box score.

With Emma-Nnopu inserted into the starting five alongside Isobel Anstey, Jazmin Shelley, Goodchild, and Isabel Palmer, on the very first possession her length forced Korean star Jihyun Park into a low-percentage step back that never looked likely.

Whilst the Korean defence was generally as solid as it had been when the teams met in the group stage, the Australians looked like a team that had more than learnt its lessons from that meeting. With far more energy at the defensive end in the early stages, this led to plenty of lower-percentage looks by Korea, culminating in some ineffective shooting and seeing the teams combine for just six points in the opening four minutes before the offences suddenly found their rhythm.

Emma-Nnopu was outstanding at both ends in the early stages, helping the Australians get into their groove. If not for some lacklustre free throw shooting from the Gems, their lead could have been more than the single point it was at 10-9 up heading into the final two minutes of the term. 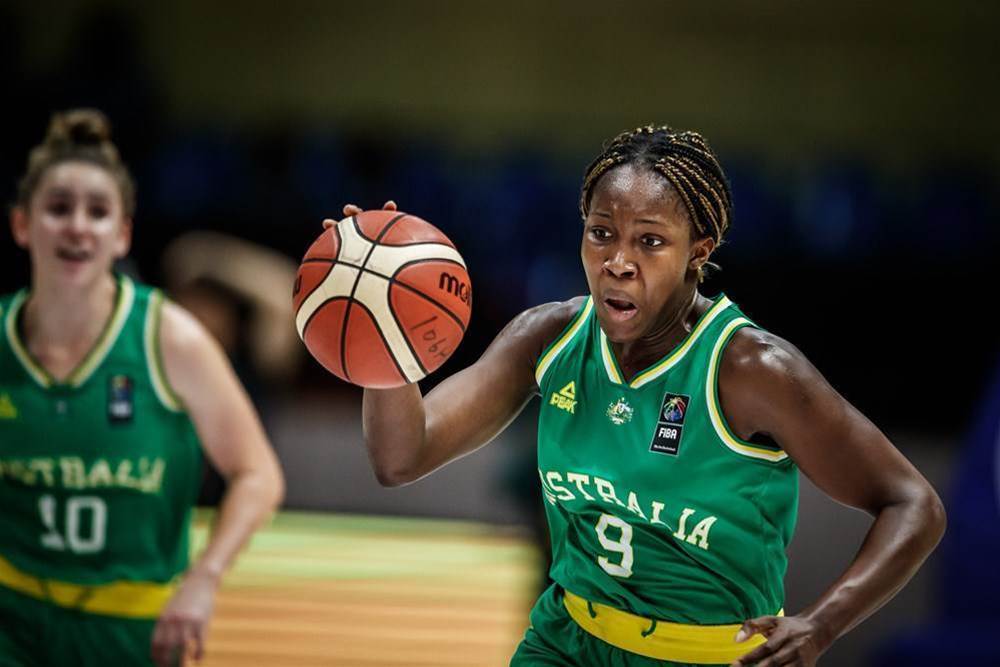 Driving to the basket with far more aggression than had been seen in the team’s two losses in this tournament, the Gems were able to force a second foul on star guard Jihyun Park and slowly wrest control of the game at the line in spite of shooting just 6 of 11 from the stripe to take a 12-8 lead through one-quarter.

Missed shots at both ends early in the second term led to a frenetic pace as both teams pushed the tempo before Goodchild threaded the needle in transition to find Kobe King-Hawea heading to the basket for the first points from open play.

The Korean side continued to rack up fouls, but when Ashlee Hannan fouled a three-point shooter well after the play, it culminated in two consecutive connections from deep and a 22-20 Korean lead before a mid-range jumper forced an Australian timeout midway through the term.

Fortunately, the timeout seemed to take a bit of wind out of the Koreans’ sails, but some fouls late in the quarter from the Gems allowed them to grab some points at the line. However, but for that brief time in the middle of the quarter during Korea’s 8-0 run, the Gems were solid for the most part. A buzzer-beating lay-up from Sam Simons on the break tied the game at 28-28 going into halftime, although turnovers remained a theme with 13 in the first half.

A few audacious long passes from Shelley while bringing the ball up court looked to be an interesting start to the second half for the Gems as they looked to fight their way through Korea’s press. However, with the Australians hanging with Korea in the early stages, the reward certainly appeared to be worth the risk.  Emma-Nnopu was enjoying plenty of success from close range as a result of the slightly frenetic play which seemed to throw the Korean defence off guard at times.

Despite the Australian’s play, the well-executed Korean offence, led by Jihyun Park, kept the Gems at arms’ length on the scoreboard for much of the term. But once their senior national team player sat for a couple of minutes, the Gems came right back into it as Korea stuttered late in the term while the Gems finished with a flourish, reeling off a 7-2 run to take a 54-49 lead into the final quarter.

Although Park returned to the court, the Australians had all the momentum, with Goodchild’s second three of the day and a Palmer and-one quickly pushing the margin into double-digits and forcing an early Korean timeout. The break failed to spark the Korean offence, but it did kill the Gems’ momentum and once one three went down for Korea, Gems coach Dee Butler put a halt to proceedings with a timeout of their own with the Gems’ lead at 62-54.

The timeout proved to be the best thing for the Gems at that point, with Goodchild soon after going coast-to-coast for an and-one before Palmer knocked down a shot to leave the Gems leading 69-56 with four minutes to play.

From that point, there was no stopping their charge to bronze against a tiring Korean team that also found themselves in foul trouble. With the Gems limiting Korea to just two points in the final four minutes, the Gems ran out 75-58 victors to secure the bronze medal and exact a small amount of revenge on Korea for the group stage defeat.

Goodchild was outstanding once again to tally 21 points, 9 rebounds, and 4 steals, whilst Agnes Emma-Nnopu was scintillating to finish with 17 points on 54% shooting, with 17 rebounds, 3 steals, and at least a couple of defensive plays that led to teammates picking up steals. Shelley came within touching distance of a double-double, tallying 10 points and 9 rebounds alongside 5 assists.

The fairly muted celebrations from the Gems in the immediate aftermath suggested that all involved felt that the team could have gone further, sentiments that are likely to be echoed by those at Basketball Australia. While the team did not bring home a continental championship, there is still plenty of time to make the necessary adjustments in preparation for a tilt at next year’s Under 19 World Cup, where the team will be hoping to improve on 2017’s sixth place finish.

* Article originally published on The Pick and Roll. Republished with permission. 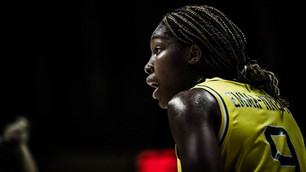 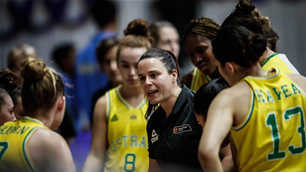