The Men’s Race, which achieved World Tour Status three years ago, lead the way for the women’s competition to eventually follow.

“At that time, the women’s series was only in establishment. But now and for 2020, we have established new criteria for Women’s Races wanting to be granted Women’s World Tour Status.”

From here the Cadel Evans Great Ocean Road Race stepped forward, as one of the first competitions to vouch for equality between the male and female rides.

“They determined that they wanted the men’s and women’s races on equal footing and for both races to be at World Tour Status.”

“They would have to provide the minimum prize money and live broadcast for the women’s race, which was already a requirement for the men’s race,” Gaudry said.

From this, the Cadel Evans team came forward to the UCI, with a plan to give women the fair chance to be celebrated and respected like the men they would compete with.

“So, it shows, that the Cadel Evans Road race, for women, meets all criteria for World’s Women Tour Status. It will be the only Women’s World Tour Event in the Southern Hemisphere.”

But the success doesn’t stop there, with the Cadel Evans Race owners promising an even greater feat.

“Further to that, the race owners will pay equal prize money to both the men and women’s race,” Gaudry said.

Most importantly, Gaudry knows through her role as the Inaugural Cahir, six years prior, that their aims are being achieved on home soil. 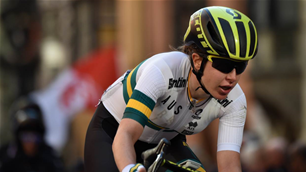