TWG photographer Rachel Bach shares her football journey from a local game in Melbourne through to her first Asian Cup.

Two years ago, I attended my first football match as an accredited photographer – a local game in Melbourne. I stood behind the fence, nervous and afraid to get too close, and lacking any sense of belonging.

I never would’ve imagined that I’d find myself in Jordan for the Asian Cup such a short time later.

I arrived in Jordan the day before the tournament started, excited but also nervous. I was unsure what to expect from both a photography and footballing perspective. I’ve been involved in football for over 15 years now, mostly as a player.

Sitting on the sideline is somewhat of a new role for me, but one I’m embracing. It allows me to combine my love of football and design, and to build positive visibility of women whilst celebrating their achievements. 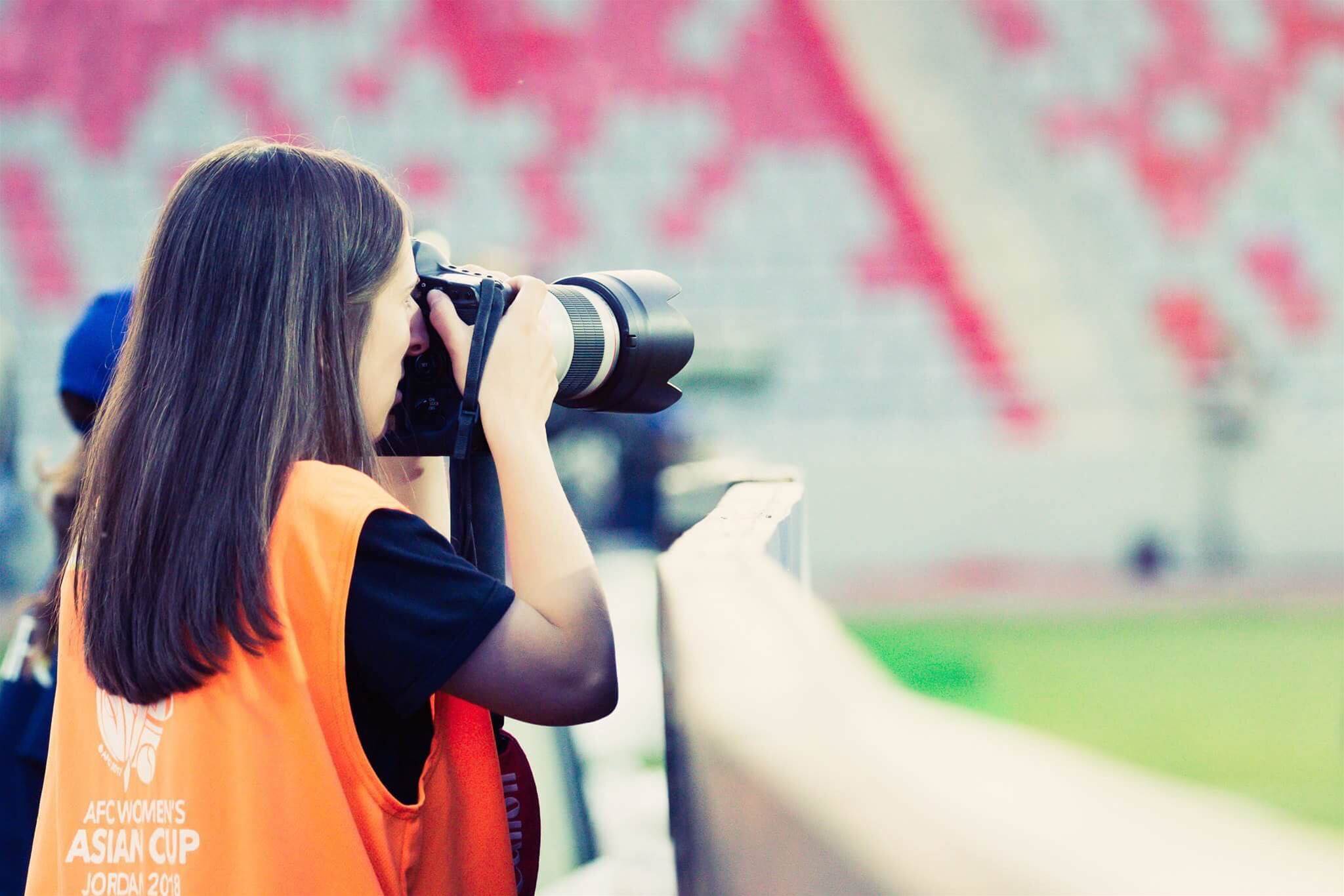 When I’m photographing, I aim to show you how the players felt, how the coaches felt, how the fans felt, and how I felt. It’s about bringing you a story from a different perspective, showing you something more than what you saw from the stands or on the television.

Finding new ways of storytelling is always challenging, and the Asian Cup was no exception. Coming into the tournament, I wasn’t sure what level of access we would be given. ‘Very restricted’ turned out to be the answer.

My biggest gripe was not being able to shoot along the sidelines after the match, or from the stands at all. This meant that I couldn’t capture the post-game interactions between the Matildas, their families and the fans – one of my favourite parts of shooting.

With the restrictions in mind, I had to rethink my approach a little. Whilst I’ve invested a lot of my time and money into photography, I have to work within the constraints of my gear and abilities. I don’t have a super lens that lets you capture things from half a field away.

I’m not a photographer by trade. I took annual leave from my fulltime job to come to Jordan, and I’m not being paid to be here. This is the reality of being a volunteer. To many, it seems absurd, but I love it. I had to come here, it’s that simple.

Being a photographer at the Asian Cup was a whirlwind. Of course, there were the big moments. I’ll never forget capturing Sam Kerr’s goal that booked our ticket to the World Cup, Alanna Kennedy’s brilliant late equalising header, or Mackenzie Arnold’s three penalty saves that took us into the final. 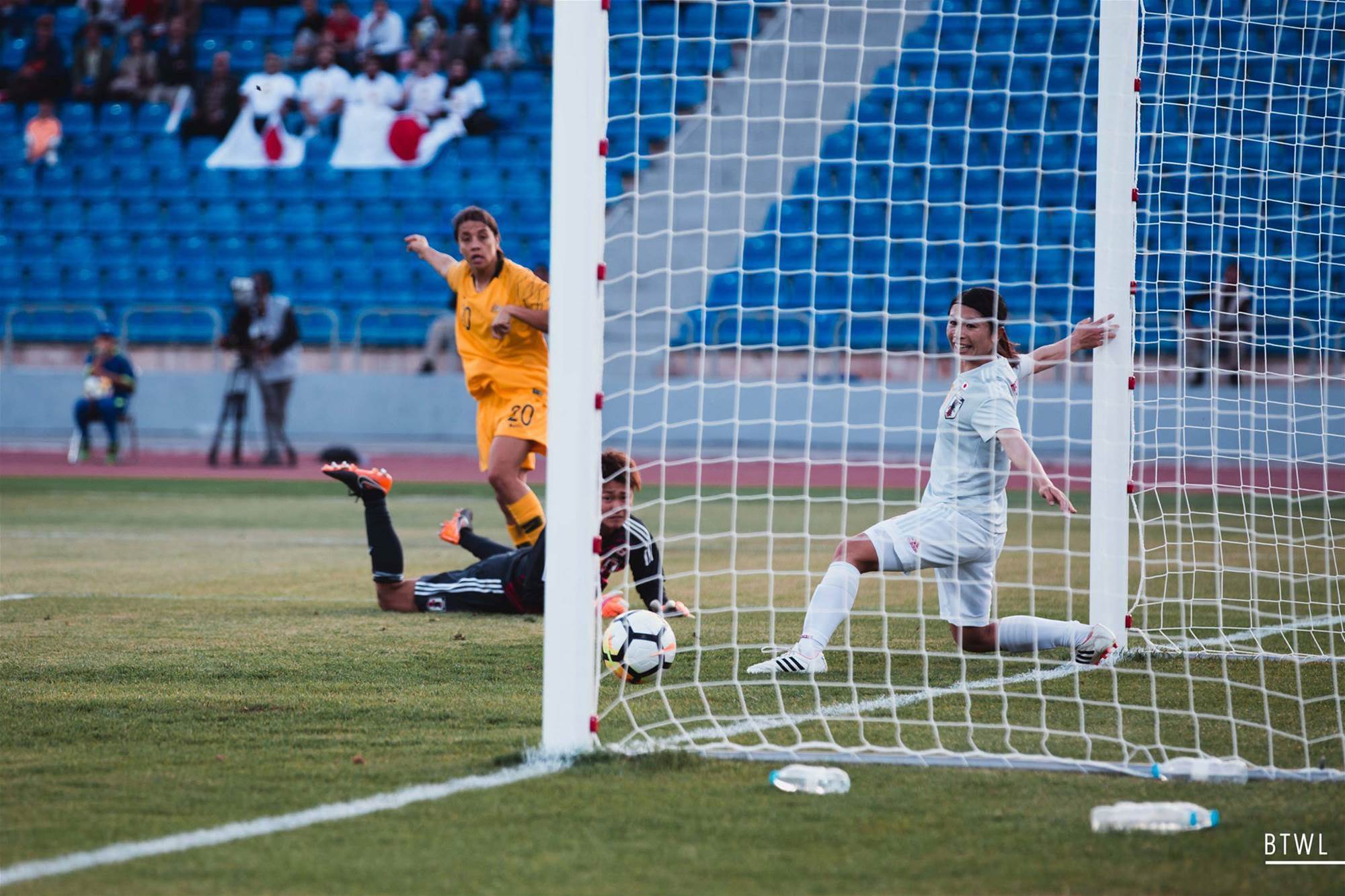 However, there were also the moments that you don’t see or hear about at home that greatly contributed to this experience for me. Pre-match functions with the Matildas’ families and friends, the Green & Gold Army tour group, sponsors, staff and fans had a real sense of community (and plenty of laughs).

I’m incredibly grateful to have been invited along as part of the media, trust is vital. The Women’s Game volunteers have worked incredibly hard to foster that over the years.

When it comes to shooting the Matildas, I feel a sense of responsibility. I’ve been fortunate enough to connect with some of the players, and much of it comes down to trust. If it means that I don’t post a great action shot because someone pulled a face, I’m more than fine with that.

After all, it’s the players that often drive engagement for my photographs. Ultimately, that contributes to my overarching goal – increasing visibility for women in sport. Whether it’s a thank you message or photo credit from a player posting one of my images, it lets me know that what I’m doing is working.

14 DAYS TO GO!! @thematildas v China ⚽️ Get your tickets via the link in my story!! Who’s coming!? 📷 @bythewhiteline

It’s not about how many likes on a photo, it’s about providing a space to showcase these brilliant women. That’s what By The White Line (my moniker) is all about.

Finally, I have high expectations of the Matildas, but I assure you their expectations of themselves are higher. So, I know that my disappointment with the tournament result pales in comparison to theirs. I can’t wait to see how they respond. Hopefully, I’ll be there with my camera, full of excitement and nerves, as always.

In part two of this personal series, Rachel Bach takes us through a photographer's game day experience.

Kyriacou cashes in before LPGA mission