Round 4 of the WNBL delivered some big games this week, with Perth Lynx and Bendigo Spirit notching up clean sweeps.

Despite leading for a majority of the first half, Perth found themselves trailing Sydney Uni by seven midway through the third quarter. From that point on they suffocated the Flames though, out-scoring them 36-13 to finish the game while also holding them scoreless in the last five minutes.

Against their old side, Katie Ebzery top-scored with 22 points while Asia Taylor had all 13 of her points in the fourth quarter to finish with a double-double. Alex Wilson paced the home side with 16 points as four starters scored in double-figures.

Tallying a season high for the league and becoming the first team to hit the century mark, Melbourne dominated in the opening clash of the 2018/19 Michele Timms Cup.

Dandenong were paced by 37 combined points from Rachel Jarry and Bec Cole in their third straight loss.

Steph Talbot made it rain during the @WNBL @ChemistWhouse rd 4 @MelbourneBoomer & @JaycoRangers clash. Watch all 27 of her total points from the game https://t.co/QHc9clDLCj

An inspired Nat Hurst led the Spirit to snap a two-game losing streak as Bendigo celebrated her 250th game while spoiling the night for Adelaide coach Chris Lucas who was commemorating his 250th game on the sidelines.

The Spirit captain finished with 14 points and ten rebounds while Becca Tobin was also outstanding with 13 points, 12 rebounds, five assists and two blocks as the home side held the Lightning to 31% shooting overall. Hurst also out-scored Adelaide by herself from beyond the arc with four three-pointers as only Nia Coffey (13 points) reached double-digits for the visitors.

Despite playing their fourth game in nine days, Perth claimed a fifth-straight victory and their second over Townsville this season with an overtime thriller.

Leading by as much as 21 points in the first half after a 9-0 start, the Lynx had to do it the tough way as Townsville forced overtime with a 16-6 final quarter, capped by three free-throws from Micaela Cocks on the buzzer.

The Lynx were too good in the extra period though, succeeding with a 13-5 run in the last five minutes. Brittany McPhee had a double-double of 20 points and ten rebounds while Asia Taylor (18 points, seven rebounds, three assist, two steals, two blocks) did a bit of everything to answer Suzy Batkovic’s 23 points and 12 boards.

A 10-23 second term ultimately doomed the Flames as they stayed winless on the season with their third loss of five points or less.

They did make things interesting late with four quick points from Alex Bunton (13 points, 11 rebounds) and a Sarah Graham three-pointer making it a three-point game with 24 seconds to go.

Kia Nurse (16 points) sealed the victory from the free-throw line though, backed up by Kelly Wilson’s 17 points and Kelsey Griffin (15 points, 13 rebounds) as the UC Caps remained in second spot on the ladder. Belinda Snell did all she could with 16 points and ten assists.

Bendigo claimed a sweep of Round 4 with their second victory Melbourne for the season, leap-frogging them into third place on the ladder in the process.

.@BendigoSpirit's captain, Nat Hurst, was at her inspirational best in Round 4 as she led her team to a sweep of the weekend to claim Player of the Week honours: https://t.co/qv2hkX2gcw #WNBL19 pic.twitter.com/IPldTjU5xW

The Deakin Melbourne Boomers have a quick turnaround as they are back at home to host the Brydens Sydney Uni Flames on Thursday night to begin Round 5.

The Boomers then head north on Sunday to take on the JCU Townsville Fire in the first Grand Final re-match of 2018/19 while FOX Sports Australia 506 and SBS Viceland will broadcast a top of the table clash between the Perth Lynx and University of Canberra Capitals on Saturday at 12pm AWST (3pm AEDT).

The ladder at the end of Round 4! @PerthLynx, @UCCapitals, @BendigoSpirit and @MelbourneBoomer all separated by a game each in the top four while @SydUniFlames are running out of time to stay in touch with a playoff spot. #WNBL19 pic.twitter.com/Fo1NTWfUur 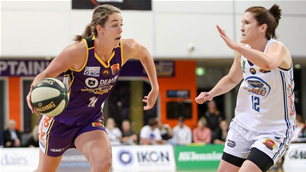 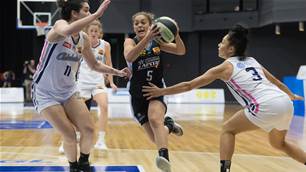 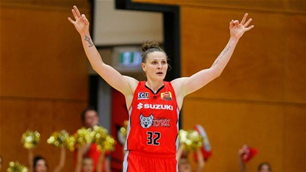