Channel 9 will broadcast all the Australian Diamonds matches at the 2019 Netball World Cup in Liverpool this July.

Nine’s Wide World of Sports will show the Diamonds matches live while every match of the Netball World Cup will be accessible via 9Now.

Unlike 2015, where all matches were only accessible through FoxSports, the 15th edition of the Netball World Cup will be accessible to all fans.

Netball Australia CEO Marne Fechner said it’s fantastic that Australian netball fans are going to have access to all Netball World Cup games taking place over the 10 days of action.

“Four years ago, we saw Australia embrace the Samsung Diamonds on their journey to ultimately claim the 2015 World Cup in Sydney," she said.

"Whilst that seems like yesterday, I’m excited that the Australian public will once again be able to come on that journey as we take to the court in Liverpool to defend our world title."

The Diamonds will be aiming for their 12th World Cup title and head into Liverpool as the reigning three-time Champions.

Australia has never finished below second at the event which first started in 1963. 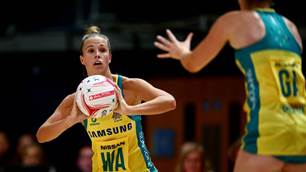 Diamond Dreams: The road to the World Cup