The opening night for the 2018 Pan Pacific Swimming Championships in Tokyo saw Cate Campbell and Ariarne Titmus take to the water for standout performances.

Campbell helped Australia to their first gold medal of the meet  – swimming faster than any woman has ever swum in the 4x100m mixed medley relay. The race is one of three new events added to the 2020 Olympics swimming program.

Her split 50.93 was 0.07 quicker than she split in the world record breaking 4x00m freestyle relay at the Commonwealth Games in April. She came out the water giving a little bunny hop on the pooldeck.

"Our coaches have been scheming over the past couple of days trying to put together the strategically fastest team - obviously they got it right," she said.

"For me it was about keeping a cool head and swimming my race and I did that," Campbell said.

Australia was just 0.35 outside the world record, set by the USA in Budapest at last year’s World Championships.

In one of the top events for night one, Ariarne Titmus came face to face with Olympic Champion Katie Ledecky. While Titmus didn't finish with the gold, she smashed the Australian record to clock 8 minutes 17.07 for her silver. 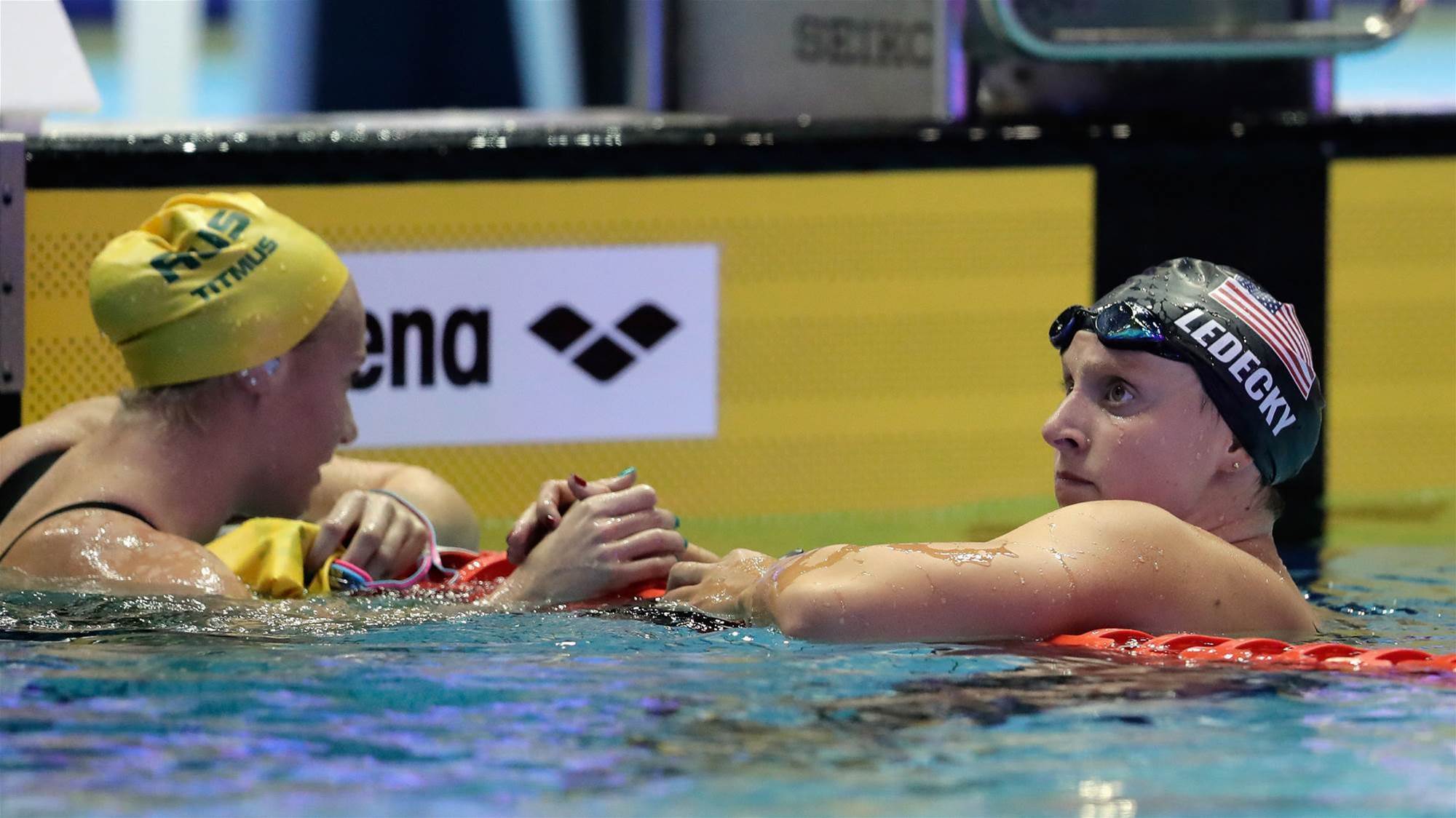 "I started to feel it in the back end (of the race) but I'm finally happy to get that breakthrough," Titmus said.

"I started to see Leah come, which pushed me along a little bit but I feel like I took the race out the way I wanted to.

In the 100m breaststroke final, Jess Hansen finished less than a second behind Olympic and world champion Lilly King for a silver medal and personal best of 1:06.20.