The Brumbies Women will be lacing up their boots once again and taking to the field to face the Fiji Women’s team in an exhibition match.

The match will be a historic occasion for women's rugby union and is slated for June 11 at ANU Oval on the Queen’s Birthday.

It’s the first time since an ACT Women’s will play a national side since the USA in 1997.

Louise Burrows lined up for the Brumbies in that match and will again along with five of the Wallaroos extended squad, who are Brumbies players.

Peta Cox and Violeta Tupoula in the front row, Georgia O’Neill and Tayla Stanford in the loose forwards and Sammie Wood at fullback have all been selected to train with the national side.

This is the first time that the Fijian Rugby Union is sending a women’s 15s team to Australia and it is part of their build up towards tournaments later this year. 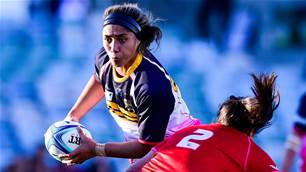