As we prepare for the final group matches it is a good opportunity to take a look at where things stand.

As we prepare for the final group matches it is a good opportunity to take a look at where things stand.

With the maximum of 6 points from their first two games, group leaders Brazil (Group E), Canada (Group F) and the United States (Group G) have all qualified for the knockout stages. 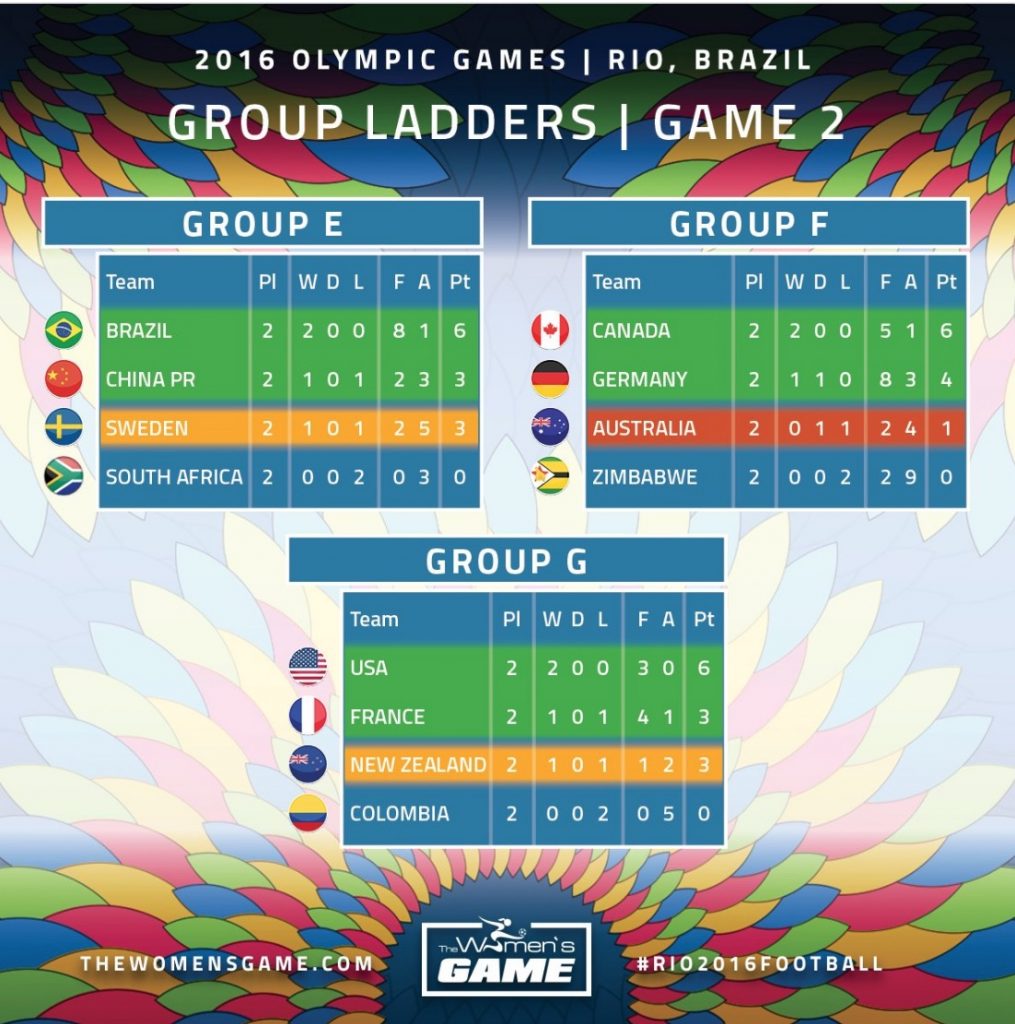 Who will grab the second automatic spot, however, is still up in the air.

In Group E the battle is on between Sweden and China (who play each other in the final group match) and to a lesser extent South Africa.

Meanwhile in Group G, France and New Zealand (who also play each other) are in the box seat to claim the second automatic spot with the USA heavy favourites to account for Colombia.

Australia still have a chance of coming second in Group F, provided Canada beat Germany, and Australia are able to score enough in goal difference to climb above the Europeans.

Currently Germany have a +7 goal advantage on Australia.  For Australia to finish second they will require any of the following:

A draw or win for Germany will see them progressing to the quarter finals automatically.

In the event that Germany win or draw, Australia's fate for qualification will rest on being one of the 2 best placed third teams.

As the scoreboards currently reflect, Australia is in last place out of the third ranked teams.  Put simply, to even be in the race in any of the scenarios, Australia MUST win against Zimbabwe.

The other teams in the possible race for the best third teams are: China and Sweden (Group E) and France and New Zealand (Group F).  All of those four teams have three points.

Ideally for Australia they would like clean wins from each of the China v Sweden and France v New Zealand fixtures.

This would mean that Australia would be on 4 points ahead of the losing teams (on 3 points) giving Australia qualification.

Where it will get tricky is if there are draws in those matches giving one or more of those teams 4 points.  Then it will come down to goal difference.

This is where a big win for Australia will come into play.  Australia would go through if:

Strap in, it will be a fascinating run to the quarter finals.