The world’s most elite women’s basketball league commenced over the weekend as the WNBA’s 22nd season tipped off with five Australian players and four Australian coaches involved.

Phoenix Mercury are the only club with two Australian players this season, with Leilani Mitchell and Stephanie Talbot suiting up in the purple and orange and Opals coach Sandy Brondello taking the reins for the Mercury.

Rebecca Allen is back with the New York Liberty for her fourth season in the league, whilst Sami Whitcomb returns for a second season at the Seattle Storm.

In Dallas, Liz Cambage is back in the WNBA for the first time since 2013 to play in what will be her third season in the league.

Two-time WNBA champion Erin Phillips is now an assistant coach for the Wings, whilst Opals legends Penny Taylor and Tully Bevilaqua are involved in player performance roles for the Phoenix Mercury and Indiana Fever respectively.

Four of the five players saw action on the court this week, with the returning Cambage starring for the Dallas Wings to be by far the best performer of the Aussie quintet.

The season tipped off on Sunday morning with Cambage making her return to the league with the Dallas Wings after five years away from the WNBA.

The 2011 #2 draft pick faced off against the Phoenix pairing of Talbot and Mitchell, with Cambage giving an outstanding account of herself.

The centre played 36 minutes, shooting 50% from the field on her way to 18 points, 9 rebounds and 8 assists in her battle with the Mercury’s 6’9” star centre Brittney Griner.

But it would be Phoenix who came away with the 86-78 victory on opening night, with Mitchell finishing with 10 points and 5 assists, whilst Talbot went scoreless in her brief 9 minute cameo off the bench.

The Wings and Cambage shook off their opening night loss to pick up their first win of the season against the Atlanta Dream, riding a 37-15 second quarter to a 101-78 victory.

The Dream were powerless to stop Cambage, who connected on 8 of 11 shots from the field to register 21 points and 9 rebounds whilst also coming up with 4 blocks in a dominant performance.

Phoenix moved to 2-0 with an 87-82 victory on the road at Seattle on Monday morning, with the result still in the balance heading into the final couple of possessions.

Talbot registered her first points of the season, tallying 5 in 11 minutes of action, whilst Mitchell went scoreless but registered 2 assists in 15 minutes on court.

Unfortunately, Seattle’s Australian guard Sami Whitcomb did not feature for the Storm.

Rebecca Allen and the New York Liberty travelled to Chicago for their season opener, and despite trailing by just a point with three minutes to play were unable to secure the victory, going down 80-76.

The Australian wing was used sparingly, playing just six minutes and with only a solitary block to show for her efforts in a game that saw the visitors shoot just 36% from the field in comparison to Chicago’s 47% clip.

The coming week will showcase one of the most interesting games from an Australian perspective as Cambage faces off against 2017 WNBA Most Valuable Player Sylvia Fowles as Dallas take on Minnesota on Thursday morning.

Having already succeeded against Griner, Cambage’s performance against Fowles will give further insight as to the progress of the centre’s return to the league. 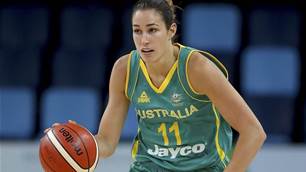 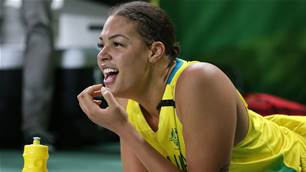