ALBUFERIA, Portugal — 8 months since a devastating exit from the Rio 2016 Olympic Games, the Matildas are back in action in the 24th edition of the Algarve Cup.

ALBUFERIA, Portugal — 8 months since a devastating exit from the Rio 2016 Olympic Games, the Matildas are back in action in the 24th edition of the Algarve Cup.

It is Australia's first participation in the tournament since 1999 and Alen Stajcic's side will face three top 15 opponents over the next 9 days.

For Australia, the road to France 2019 and Tokyo 2020 essentially starts now.

In an interview after the official press conference, Stajcic spoke about the objectives for the Algarve Cup with an eye to the tournament itself but also a nod to France and Tokyo.

"This team has stated to me that they want to win things and this is the first step in that process," he said.

"For me a coach, and obviously looking a bit longer term, we want to uncover some new players within our ranks and give them some more experience and see how they adapt to playing high level international football."

"And the third one is trying to evolve and develop our style of play and see what is needed to progress further in the next cycle.  To see what kind of attributes we can bring to the game to improve from where we were over the last two, three years."

Australia will go into the first match with close to a full squad to choose from - with only two players unavailable.

Attacking midfielder Chloe Logarzo has been ruled out of the tournament after suffering bone bruising following her ankle surgery late 2016.

Meanwhile Katrina Gorry will serve out a one game suspension following her red card against Brazil in an international friendly on 24 July 2016.

"We want to test our depth but we have almost had it thrown in our face a little bit," said Stajcic.

"We will be sending out a strong team tomorrow. Obviously there is a couple of new players that will come into the team and a couple of positional changes as we look improve the flexibility and variety in our team and see what kind of things work and don't work.  To also see what we can learn about individuals."

Keeping the above in mind, the following is a predicted line up. 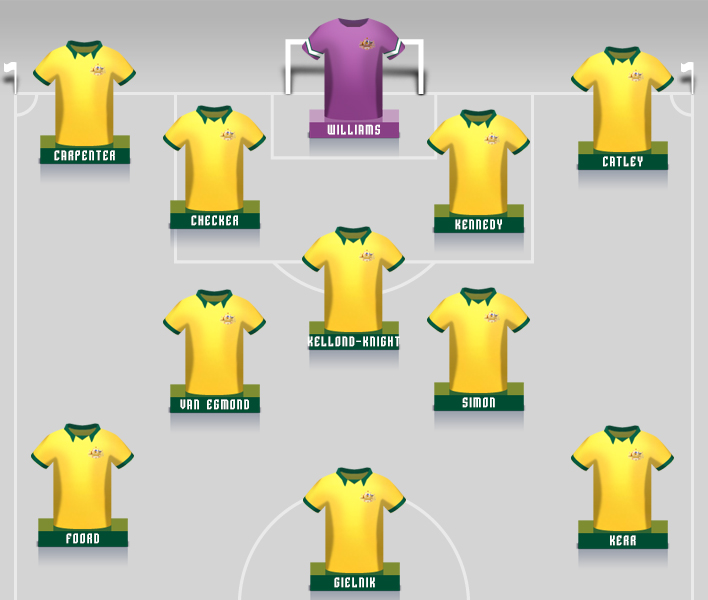 Stajcic is trying to undertake a balancing act of aiming to win the tournament and developing players.

One of the criticisms in the past is that not enough players have received significant minutes in tournaments against top nations.

This time in the Algarve Cup a number of the players auditioning - including Alex Chidiac, Amy Harrison, Gema Simon, Emma Checker and Emily Gienik - should expect to clock noticeable game time.

"We've set that out as a philosophy going in and then you wait and see how things evolve, how they pan out."

"There is obviously an objective in mind going in and that will steer us to play selections and how many minutes players get."

"But one of the main objectives is winning the competition.  That is something that we talk about quite a lot within the coaching staff and even going into tomorrow's game, we are looking at who is going to come on and at what minute and what kind of game time we can give different players is certainly an important aspect of this tournament for us."

Australia and Sweden have made life difficult for each other in recent years.  The last time these two teams met was at the 2015 FIFA Women's World Cup where Australia jumped out to an early start through Lisa De Vanna before Sofia Jakobsson pulled it back.

Despite several chances for both teams, it ended in a 1-1 draw, sending Australia through to the quarter finals and leaving Sweden sweating for their own knockout round qualification - which they were ultimately successful.

One of the standout players in the 2016/17 W-League season, Kerr feels like she is on the verge of putting a stamp on international football. Always unpredictable, always dangerous, the winger has the opportunity to kick start Australia's campaign with her surging runs down the flank.

Fourth in both the W-League and NWSL all time leading goalscorer list, but with just 8 international goals, the next step in the evolution of Sam Kerr is building up the goal tally on the world stage. 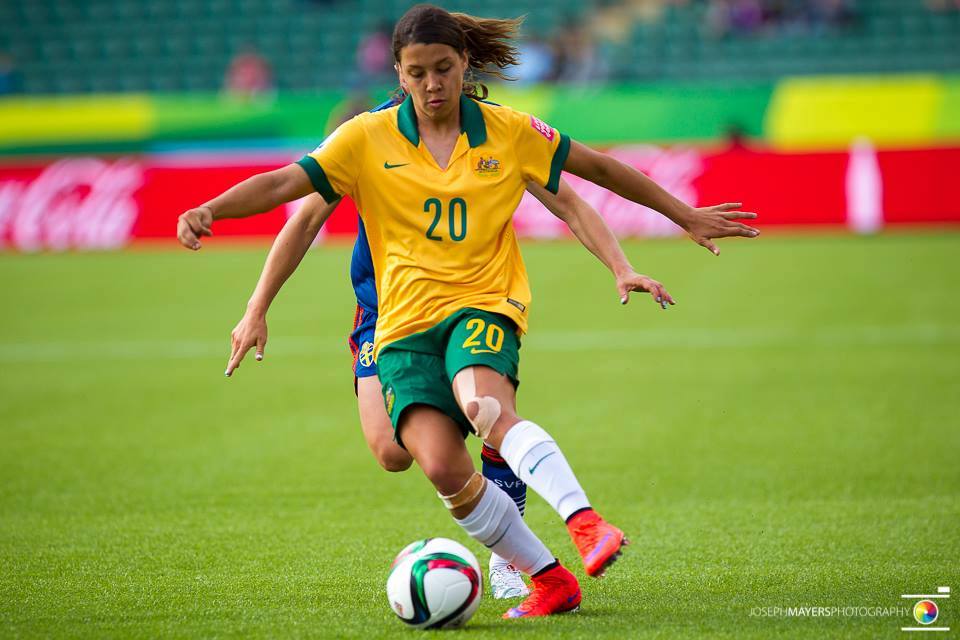 When it comes to Swedish women's football, 20 year old Stina Blackstenius is the "next big thing".  The forward has already demonstrated some impressive composure and knack for goals with her 19 goals in 22 games helping Linköping’s to last season's Swedish league title.

She continued that form in Sweden's silver medal Rio 2016 Olympics campaign including a mature goal against USA in the quarter finals.  With the ACL injury to Sofia Jakobsson, it would not be surprising if Blackstenius has an increased role in Pia Sundhage's attack over the coming months.

To be honest, when it comes to the Matildas, I'm not sure what to expect.  Not only has the team not played for almost 8 months, but there is the smell of change in the air around the squad.

So many new players are a part of the mix and if Stajcic's words are any indication, there would be a few positional and personnel changes.  What to expect from the Matildas in a word is unpredictability.

Meanwhile for Sweden, Pia Sundhage was explicit on what is to be expected from Sweden.  After an Olympics campaign that was criticised for its conservatism, Sundhage has indicated that Sweden is looking to play more expansive, attacking football.

"The expectation is to try and play a more attacking style than we did during the Olympics," said Sundhage at the pre-tournament press conference.

"We did have attacking personalities [at the Olympics] but we had to use them in the defence. But now, we have a couple of more games and going into the European Championship, we will try to play a more attacking style."

"We do have some fast players. Hopefully we will have not one player but more players coming in and giving us that speed. So attacking style, hopefully we will assume that role all the way to the Euros."

Australia take on Sweden on 2 March 2017 with kick off at 5.30am live on Fox Sports 3 and on The Women's Game twitter.