Public expectations of the Brisbane Lions will be far greater than the expectations than 2017 after the team finished as the league’s minor premiers having not lost a game during the regular season.

Page 1 of 2  |  Single page
The Lions found a knack for seemingly manufacturing a way to win each week; finishing with a 6-0-1 record – the last round draw against Carlton their only imperfection.

Their undefeated run couldn’t be sustained though, eventually falling to the Adelaide Crows in the Grand Final by six-points. Much of their success was contributed to the robust defensive structures employed by head coach Craig Starcevich. The Lions conceded just 22.87 points on average to their opposition.

Secure a spot in the inaugural AFLW Grand Final ✅

Brisbane will need to account for the departure of marquee forward Tayla Harris, who was traded to Carlton. While accounting for just 4.9 in her eight games for the Lions, Harris was paramount in the team’s offensive structures, often occupying the opposition’s best defenders and allowing fellow marquee Sabrina Frederick-Traub to roam closer to goal.

The loss of Harris allowed the club to bolster its talent in other areas through acquiring promising forward Bella Ayre and speedy midfielder Nat Exon from the Blues.

The Lions have been able to retain most of their core playing list, with Nikki Wallace and Selina Goodman the only two players no longer at the club who played all eight games last season.

The seven-match schedule of the AFL Women’s competition means teams cannot afford to drop games and the Lions face a challenging draw in the opening weeks of the competition.

Home fixtures against the Western Bulldogs, Collingwood and Fremantle appear favourable for the Lions, yet their interstate trips against Adelaide, Carlton, Melbourne and GWS, could ultimately hinder Brisbane’s chance of replicating 2017.

Brisbane went undefeated throughout the regular season due to their stingy defensive tactics and ability to neglect opposition teams from creating scoring opportunities.

Kate Lutkins, Leah Kalsar, Bree Koenen and Tahlia Randall will again form the league’s best defence, however, the unit will rue the loss of All-Australian Sam Virgo who will miss the entire season with an ACL rupture.

Speed around the ground also comes in an abundance and in a league where disposal efficiency hovers around 56 percent, the ability to break lines and take the game on comes at an absolute premium. 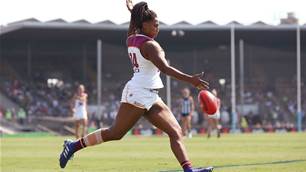 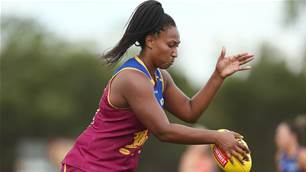