Glory can play football, but they can’t take their opportunities.

It was fair to say that Perth had most of the first half’s attacking chances and had plenty of occasions where they could’ve gone 1-0 up.

Within the first two minutes of the game, the Glory had their first chance on goal – a superb strike from Kat Jukic followed by Morgan Andrews hitting the side netting.

There were positive signs from the start for Perth. The home side hit the cross bar and controlled most of the first half.

In a game that Melbourne Victory would have backed themselves to win, for a while it seemed like Perth would be picking up the three points instead.

When Glory were awarded a penalty in the box, it appeared that they were on their way to winning their first game of the season.

But instead of making the most of these opportunities, the Western Australians failed at the final hurdle.

Beautiful build-up play amounted to nothing. Their hard work resulted in missed chances, and before they knew it, they were down by two goals.

Glory managed to capitalise on a Victory mistake in the second half, but it wasn’t enough to win them the match. 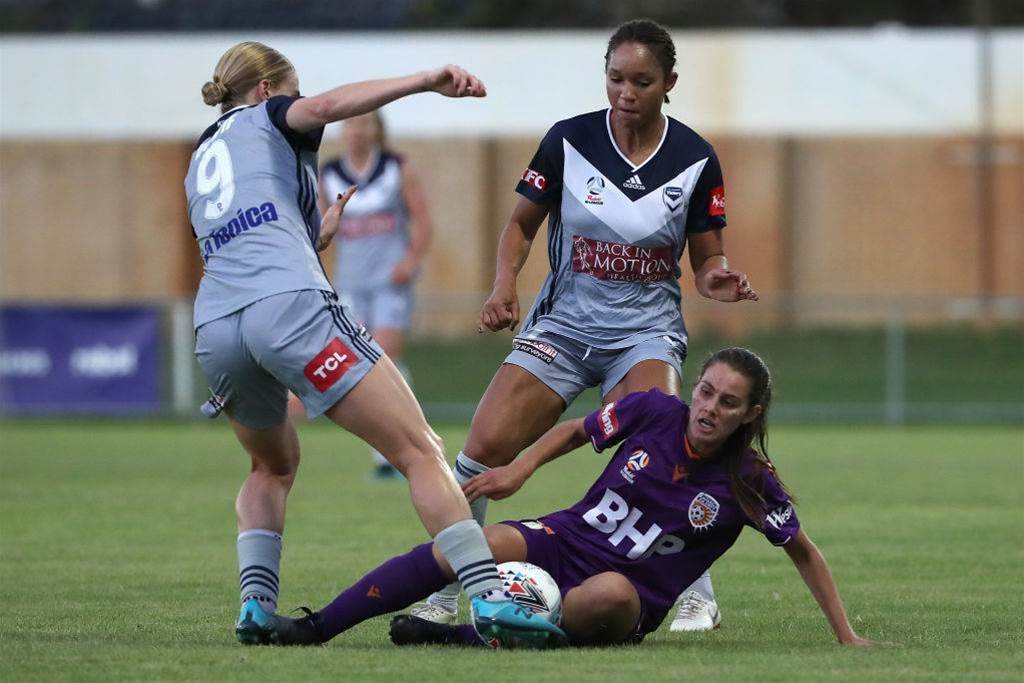